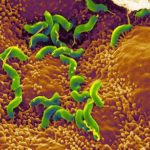 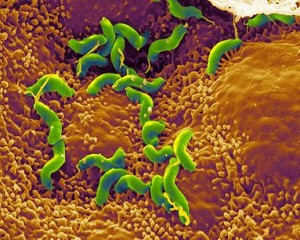 Dr Rachel Olivier MS ND PhD describes the pathophysiology of the infection and explores the role of natural agents in the eradication and control of this ubiquitous organism.

In 1982, when this bacterium was discovered by Marshall and Warren, stress and lifestyle were considered the major causes of peptic ulcer disease. It is now firmly established that Helicobacter pylori causes more than 90% of duodenal ulcers and up to 80% of gastric ulcers. The link between Helicobacter pylori infection and subsequent gastritis and peptic ulcer disease has been established through studies of human volunteers, antibiotic treatment studies and epidemiological studies.

Helicobacter pylori is a spiral-shaped Gram-negative bacterium that colonizes the stomach in about 50% of all humans. In countries with high socio-economic standards infection is considerably less common than in developing countries where virtually everyone may be infected.

Infection is typically contracted in early childhood, frequently by transmission from mother to child, and the bacteria may remain in the stomach for the rest of the person’s life. This chronic infection is initiated in the lower part of the stomach (antrum). As first reported by Robin Warren, the presence of Helicobacter pylori is always associated with an inflammation of the underlying gastric mucosa as evidenced by an infiltration of inflammatory cells.