The progressive rise in allergies in the past several decades is often attributed to an increasing tendency to keep kids too clean or at least away from ‘old friends’ including certain bacteria, viruses and other parasites including worms —a theory known as the hygiene hypothesis. According to this theory, exposure of young children to environmental microbes conditions the developing immune system to tolerate microbes and allergens later in life.

Studies have shown, for example, that children raised on farms, where there is a far greater exposure to various microbes, developed fewer allergies than those raised in cities or non-farming rural regions. But it may not be the kids’ exposure that counts; children of farming mothers are also less susceptible to allergies regardless of their own exposure. But the biological mechanisms behind this phenomenon have been less clear. 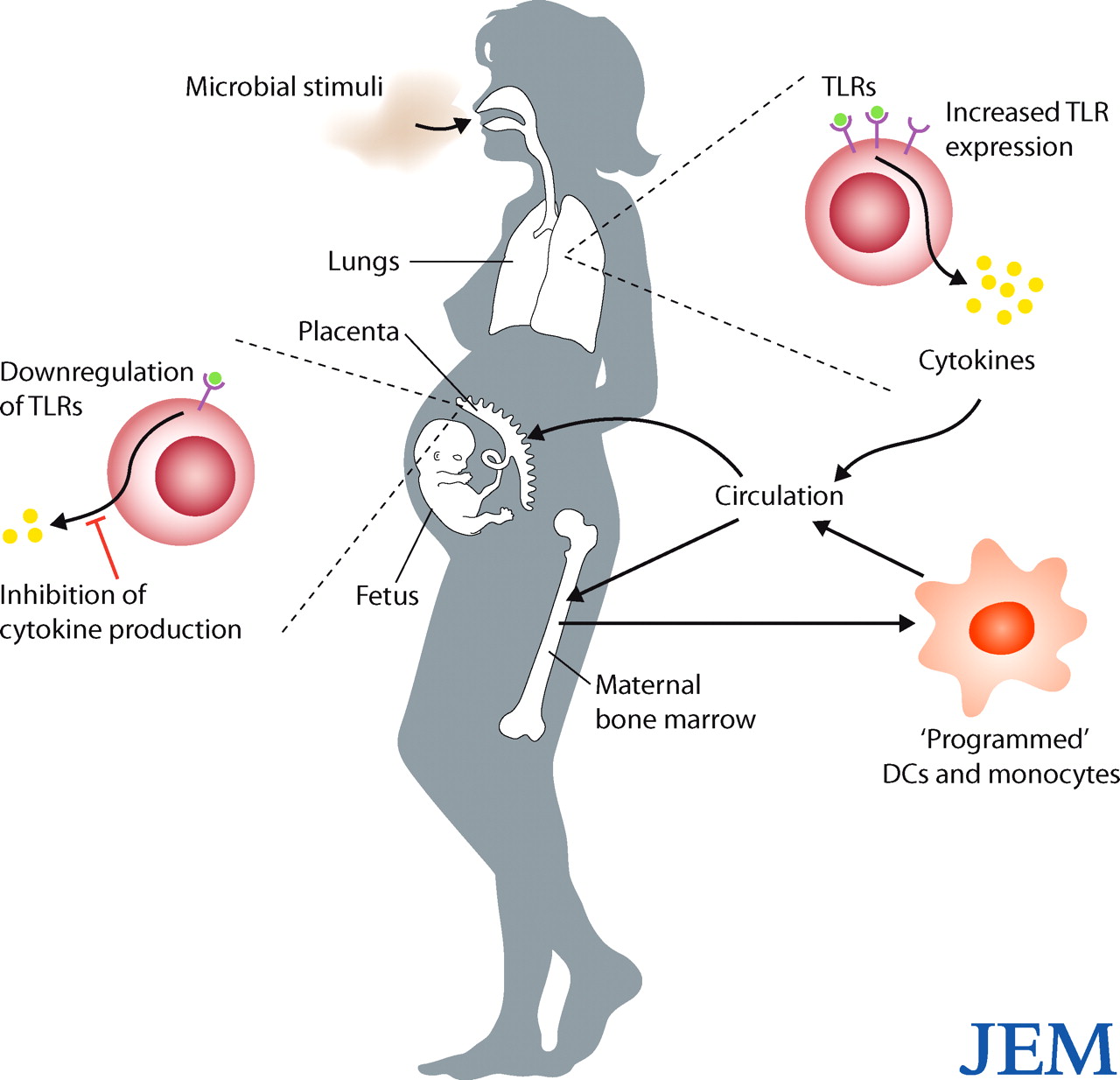 According to the new study by Harald Renz and colleagues at the Phillips-University of Marburg, pregnant mice exposed to inhaled barnyard microbes gave birth to allergy-resistant pups.

The exposure triggered a mild inflammatory response in the mothers, characterised by the increased expression of microbe-sensing “Toll-like” receptors (TLRs) and the production of immune molecules called cytokines.

The maternal TLRs were essential for transmitting protection, but how TLR signals translate into allergy resistance in the offspring is not yet known. It also remains to be seen whether the protection applies to a broad range of allergens, including those found in food.