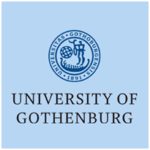 “Obesity is usually associated with inflammation that does not result from an infection, which simply means that the immune defences are activated unnecessarily,” says doctoral student Louise Strandberg who wrote the thesis. “Ironically, the mice on the high-fat diet seem to have a less active immune system when they really need it.”

Fat people are also at a greater risk of aquiring infection, for example in connection with an operation. In mice, the thesis shows that it is fatty food rather than obesity in itself which affects the ability to fight off sepsis caused by bacteria.

Strandberg has also investigated different variants of three genes that are important for the immune system and noted that several of the gene variants that strengthen immunity also result in less obesity.

“So there are all kinds of links between the immune system on the one hand and obesity and diet on the other,” says Strandberg.

Managing food selection as well as body mass have potentially direct influences on the immune systems capabilities. Nutrition from a whole food as well as a food concentrates perspective is recognised to have direct impact on body mass and also it seems on the expression of key genes. Genes take thousands of years to change, but environmental pressures can take just a few years. The ongoing expansion of western worlds waist lines will it appears increase our risk of immune related consequences.