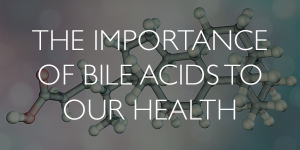 Bile acids are critical for the digestion and absorption of fats and fat-soluble vitamins in the small intestine. Recent studies suggest bile acids have further functions as pleotropic signalling metabolites able to interact with germline-encoded host receptors and microbiota to regulate an array of #metabolic and #inflammatory pathways. Researchers from The Scripps Research Institute Florida and Osaka University Japan have recently published a piece discussing the interplay between bile acids, the microbiota and the mucosal immune system. They focus on how this interplay can regulate intestinal homeostasis and inflammation. The dynamic three-dimensional interplay between #bile acids, the microbiome and the mucosal immune system represents an important new frontier in the field of Mucosal Immunology.

Aged Between 8 And 16 – Use Oily Fish to Reduce Risk of Nasal Allergies!

Published in the Journal Allergy and Clinical Immunology July 2015, a research paper explores the relationship between anti-inflammatory lipids in food and risk of allergic responses.[1]

The Karolinska Institute in Sweden is a world famous research centre, and scientists there explored the notion that increasing omega three fatty acids through dietary ingestion may confer benefit in a subset of people, chosen by age. Specifically they wanted to see if eating oily fish would reduce the risk of rhinitis in school children – for those of you with school children of your own, you know already that this has an effect on them, and you! 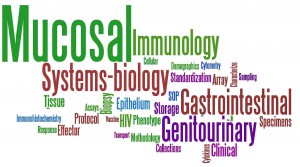 The Role of Probiotic Lactic Acid Bacteria and Bifidobacteria in the Prevention and Treatment of Inflammatory Bowel Disease and Other Related Diseases: A Systematic Review of Randomized Human Clinical Trials

Inflammatory bowel disease (IBD), which includes Crohn’s disease (CD) and ulcerative colitis (UC), is a chronic inflammation of the small intestine and colon caused by a dysregulated immune response to host intestinal microbiota in genetically susceptible subjects. A number of fermented dairy products contain lactic acid bacteria (LAB) and bifidobacteria, some of which have been characterised as probiotics that can modify the gut microbiota and may be beneficial for the treatment and the prevention of IBD.

The objective of this review was to carry out a systematic search of LAB and bifidobacteria probiotics and IBD, using the PubMed and Scopus databases, defined by a specific equation using MeSH terms and limited to human clinical trials. The use of probiotics and/or synbiotics has positive effects in the treatment and maintenance of UC, whereas in CD clear effectiveness has only been shown for synbiotics. 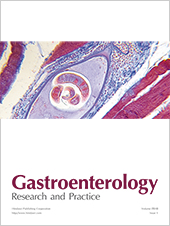 Autism spectrum disorders (ASD) are defined by impairments in verbal and non-verbal communication, social interactions, and repetitive and stereotyped behaviours. In addition to these core deficits, previous reports indicate that the prevalence of gastrointestinal (GI) symptoms ranges widely in individuals with ASD, from 9 to 91% in different study population.[1]

The role of probiotics in the management and treatment of these alterations has been explored in a recent free access paper, published in Gastroenterology Research and Practice Oct 2011.[2]

Is this a Perfect Functional Meal for Mucosal Tolerance? 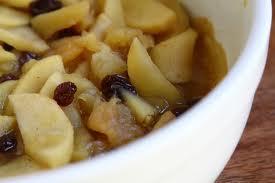 Functional and pathological digestive tract conditions reflect a change in the relationship between the host microbiota and the mucosal immune and nervous system. These result in a wide range of distressing symptoms for which there are a variety of strategies, but no single intervention of consistent benefit. A component of patient care we sometimes overlook is that of the application of therapeutically relevant foods. For over 20 years I have been using a tried and tested formula that contemporary scientific research is now explaining why it has proven so effective for many patients.

Is There A Rural/Urban Gradient In The Prevalence Of Eczema? A Systematic Review And What Can Be Done About It?

One in 10 schoolchildren in the western world suffers from eczema and even developing nations have also seen an increasing trend in the last few decades. There are many proposals to explain the increased incidence, one area of relevance is the environmental impact. Falling under the often misused ‘hygeine hypothesis’ title it has been proposed that there is a reflective difference in the gradient between rural and urban children. Implying the environmental impact on the developing immune system of children is different and therefore less protective in the urban setting.

This concept has now been studied in a recent article in the British Journal of Dermatology.[1] By conducting a Medline and Embase data base review studies that compared the incidence between the two environments were reviewed. Some 26 papers were assessed with 19 demonstrating a higher risk for eczema in an urbanised area, of these 11 were regarded as being statistically significant. A further 6 studies showed a lower risk of eczema in an urbanised area, of which just 1 was statistically significant.

A trial to see if the ingestion of a probiotic bacterium enriched drink might have a beneficial impact on central obesity was funded by Snow Brand Milk Products company in Japan and the results were published in the European Journal of Clinical Nutrition this June 2010. [i]

Whilst it may seem a stretch that bacteria can influence our body mass, (I have written a previous review) it is an area of growing interest and investigation as bacteria have previously been implicated in the metabolic storage of fat. Studies in mice have shown up to 30% greater fat storage in mice with gastrointestinal colonies of commensals rather than their skinnier counterparts operating with sterile guts.

One proposal for this is that certain bacteria (Bacteroides Thetaiotaomicron is one likely contender) are able to manipulate energy to be stored in adipocytes through a pathway that involves microbial regulation of the intestinal epithelial expression of fasting-induced adipocyte protein (Fiaf), a circulating inhibitor of lipoprotein lipase (LPL).[ii]

The microbiota can then, based on this and other studies be viewed as a metabolic “organ” exquisitely tuned to our physiology and performing functions that we have not had to evolve on our own.