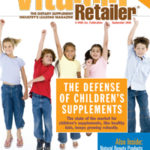 Is Mercury Toxicity an Epidemic?

Conventional medicine has dismissed mercury toxicity as a clinical concern except in cases of obvious poisoning. This is due to the poor correlation between the various measures of mercury body load and clinical symptoms. It is also the reason the dental community has in the past so consistently denied that amalgam fillings are a health risk. (Although called “silver” fillings, they are actually about 55 percent mercury.) However, the integrative medicine community has for decades believed that chronic low-level mercury exposure is the root cause of many chronic diseases ranging from autism to heart disease to “brain fog.”

This controversy became very personally relevant when I discovered, as part of an innovative corporate wellness program I helped to design, that my RBC (red blood cell) Hg level was 59.3 nmol/L over twice the “safe” level of < 24.9. This was quite surprising as I live a very healthy lifestyle, have no amalgam fillings, only consume small, wild-caught fish, eat 75 percent of my food organically grown, etc. I then had the same test done on my wife and found her level was almost as high as mine. This lead to the obvious questions: Was the test valid? Is the mercury damaging our health? Where is the mercury coming from? How do we get rid of it?

There are three types of mercury in the body: elemental, ionic and organic, typically methyl mercury. All are toxic to humans, although each is more toxic in different tissues of the body. The primary sources of human exposure to mercury are: occupational, environmental, fish, high fructose corn syrup and amalgam fillings. As you might expect, dentists and dental assistants have a high level of exposure, although they have become much more careful in the past few years. Nonetheless, a large study of several hundred dentists and dental assistants in Washington state found that almost all of them had four or more symptoms consistent with mercury toxicity.

The major environmental source is the air near electricity producing plants that burn coal. For most people, the major sources are mercury amalgams and fish. A large number of studies have now shown a clear, direct correlation between the number of amalgam surfaces and amount of mercury in the blood, hair, urine and, unfortunately, the brain. However, the correlation between the number of amalgam surfaces and symptoms is not so clear. This is probably because of two major factors: the great variation in a person’s ability to excrete mercury from the body and the equally great variation in genetics that determines the amount of oxidative stress a person gets from mercury. Mercury from fish turns out to be more complicated. Without question, body Hg is proportional to the amount of fish consumed (hundreds of studies show this). However, neurological symptoms do not typically correlate well with fish consumption because of the brain-benefit effects of omega-3 fatty acids. I think that only high-mercury fish such as tuna or low-omega-3 fish such as those that are farmed are problematic.

For long-term, chronic exposure at moderate to high levels the evidence is very clear that mercury is a serious neurotoxin. A 2008 report provides for the first time long-term data on the Japanese people living in Minimata who for years ate fish contaminated with industrial mercury waste. The researchers found more than 50 symptoms.

The challenge for most of us is to determine at what levels mercury becomes toxic and what are the most sensitive symptoms. Looking at several studies that examine symptoms produced by only modestly elevated levels of mercury, I compiled the following list of common symptoms: depression, memory loss, anxiety, unintentionally dropping things and headaches.

Mercury is measured in hair, saliva, spinal fluid, serum, RBCs, urine and stools. Unfortunately, these tests do not correlate very well with each other and none are a reliable or sensitive measure of brain mercury where most of the symptoms are produced. This is one of the key reasons the issue of mercury toxicity is so controversial. At this time I think whole blood mercury is the best general measure. However, for best sensitivity a mercury challenge test is needed where the person is given an injection of a chelating agent like DMPS and then collects their urine for several hours.

Normally, about one percent of the body burden of Hg is naturally excreted every day through the bile into the stools. Unfortunately, 95 percent of the cleared mercury is reabsorbed. Those who eat a high fiber diet reabsorb less since mercury binds to fiber. About the same amount of mercury is also excreted every day in the urine, bound to sulfur containing compounds. The way the brain gets rid of mercury is by binding it to the antioxidant glutathione. This is a very slow process, which explains why it is so hard to get mercury out of the brain.

When trying to decrease mercury load in the body, obviously the first task is to identify and eliminate the source—amalgams, contaminated fish, industrial, air, etc. Also to be considered are household goods such as fluorescent lights, old thermometers and ayurvedic medicines to which mercury is intentionally added. A very disturbing recent study found mercury in high fructose corn syrup. The most highly contaminated samples had 25 micrograms of mercury per can of soft drink, the equivalent of eating two ounces of fish, without the benefits of fish’s omega-3 fatty acids.

For those with high levels of mercury contamination, I recommend seeing a doctor skilled in chelation. The agents most often used are DMSA and DMPS. Discussion of their merits and risks is beyond the scope of this column.

Several nutritional supplements, such as zinc, selenium modified citrus pectin, glutathione, alpha lipoic acid and NAC have been studied to see if they increase the rate at which the body excretes mercury. As near as I can tell, the most effective at getting mercury out of the body, especially methyl mercury, is N-acetylcysteine (NAC). It has been shown to not only increase the kidney elimination of methylmercury (which is especially toxic to the brain) by a remarkable 500 percent, but it even increases the excretion of mercury from the brain and fetus. The typical dosage is 500mg twice a day and it appears very safe.

Those who would like to read more about the mercury epidemic will find a lot more information in my two-part editorial at www.imjournal.com.

Dr. Joe Pizzorno is the founding president of Bastyr University and editor-in-chief of Integrative Medicine, A Clinician’s Journal. He is the co-author of seven books including the internationally acclaimed Textbook of Natural Medicine and the Encyclopedia of Natural Medicine, which has sold over a million copies and been translated into six languages.