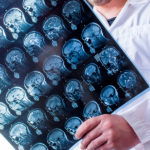 History Repeats at a Human Cost

Two large longitudinal and observational studies produced very interesting results. The first confirmed the association between women who have experienced sexual abuse and several categories of abuse and adverse childhood trauma being linked to a heightened risk of multiple sclerosis (MS) in later life. Published online in the Journal of Neurology Neurosurgery & Psychiatry[1]. Nearly 78,000 pregnant women joined the study between 1999 and 2008, and their health was monitored until the end of 2018. In all, 14 477 women said they had experienced childhood abuse while 63,520 said they hadn’t. The women with a history of abuse were more likely to be current or former smokers–a known risk factor for MS–to be overweight, and to have depressive symptoms.

The evidence suggests that childhood trauma can alter the immune system and may increase the risk of autoimmune disease. Abuse, neglect, and a chaotic home life are also associated with a heightened risk of poor mental and physical health in adulthood via inflammatory mechanisms. In other words, adverse experiences in childhood make it more likely that autoimmune conditions may develop in adulthood, as well as mental health issues.

The second paper comes from the Dunedin Multidisciplinary Health and Development Research Study, more commonly known as “the Dunedin study”. It is an ongoing longitudinal investigation of health and behaviour of a complete birth cohort that was drawn from the greater Dunedin metropolitan area (geographical area n = 3315 square kilometres, population 120,000), located in the southern coastal region of New Zealand’s South Island.

One of their over 1,300 papers built on data extracted from this 5 decades long study in 2009 stated ‘children exposed to adverse psychosocial experiences have enduring emotional, immune, and metabolic abnormalities that contribute to explaining their elevated risk for age-related disease[2]. The promotion of healthy psychosocial experiences for children is a necessary and potentially cost-effective target for the prevention of age-related disease.’

In effect, adverse childhood experiences, including those of a psychological nature predispose them to age related disease. When nutrition deficiency is included in the experience of children and adults the consequences are amplified but are correctable. The first 1,000 days of life are a critical and vulnerable period of human development[3]. During this time, proper nutrition is required to set the stage for long-term health. Micronutrients, which refer to trace elements and vitamins, play critical structural and functional roles throughout the body. Because early childhood is a period of intense physical and mental development, micronutrient deficiencies early in life can significantly impair a child’s long-term potential, health and risk of age-related diseases. It is estimated, almost one third of the global population is affected by one or more micronutrient deficiencies[4].

Imagine the short- and long-term effects of the current European war on generations of people and their health! After 70 years of relative peace, we have a historical repeat of the effects of a narcissistic ideologue driven by a belligerent dictator with a horrifying capacity for destruction. If history is any guide, authoritarian strategies will fail in the long run.

In the same week as these long term studies were published, the Royal College of Physicians and the British Pharmacological Society published a paper seeking to promote personalised medicine, by use of genetic analysis[5]. In effect the application of pharmacogenomic testing, a similar concept to nutrigenomic testing! In England alone, the NHS dispensed well over 1 billion prescription drugs in 2015, 50% more than in 2005. Clinically, there is marked interindividual variability in the response to drugs that are taken, affecting their efficacy and toxicity. This variation is largely attributable to four key factors: demographic, health, exogenous drug and food interactions and intake, and genomic variation, of which the greatest variation is found in the bacterial genes in our gut. About 6.5% of UK hospital admissions are caused by adverse drug reactions, while most prescription medicines only work on 30% to 50% of people.

Precision nutrition, an area or concept in which most of us are more focused, considers nutritional epidemiology across different ethnic groups, differences in macro and micronutrient intake during lifespan, snapshot, or longitudinal multi-omics profiles with or without nutritional challenges in different phenotypes. As well as personalised tailor-made and/or algorithm-based diets targeting individual nutritional requirements for disease prevention or in conjunction with dedicated dietary recommendations with or without pharmacotherapy, which in turn may be genetically determined.

The related bioavailability of dietary phytochemicals is of critical importance, even more so if a pharmaceutical approach is simultaneously applied, and the determination is not only complicated by the biochemical properties of the molecules but also by microbial-mediated metabolism. Gut microbiota may become an interesting target for pharmacological and nutritional precision medicine interventions to decrease the risk of developing metabolic diseases and until that is available and translatable, remembering that the greatest proportion of genes in humans is found in the gut, should be part of any precision medicine/nutrition decision making.

We are not automatically programmed to repeat, yet so often we do the same things without thinking why – even when the results of interventions are inconsistent. Rather than evolve we repeat, in effect we become historical automatons. Ludwig Wittgenstein an Austrian-British philosopher, said, “To understand is to know what to do.” So how do we understand – well experience, instinct and logic tends to produce a compelling trio of determinants. Richard Feynman was one of the great scientists and physicists of our time and he stated “You should, in science, believe logic and arguments, carefully drawn, and not authorities.” It would seem today; he would likely also add or personalities!

How many mistakes do you make when you really understand something? Almost none. Where do mistakes come from? They come from blind spots, a lack of understanding and where does understanding come from? Mostly from hard work, which is convertible to knowledge and understanding by dogged, incremental constant progress over a very long-time frame.

Repetition, where effective is the essence of experience, Repetition where driven by dogma, ideological narrative or lack of knowledge, is where history has a terrible habit of repeating itself!