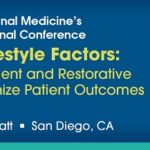 Review of Benefits of Exercise & Movement – May 2016

Antony Haynes BA, RNT explores some of the material presented at the 2016 annual conference. Please listen to the linked podcast whilst standing up or moving around. The reasons will become clear in just a minute. Listen here.

This brief review provides a summary of the benefits of regular exercise and physical movement, but does not focus on sleep, rest, recovery or meditation, which were also covered in some detail at the conference.

Coincidentally, on Saturday 14th May in the UK, The Times ‘Weekend Section’ devoted space to the same subject (on page 6) and quoted Dr James Levine, director of the Mayo Clinic / Arizona State University Obesity Solutions Initiative. He said, “Sitting is more dangerous than smoking, kills more people than HIV and is more treacherous than parachuting. We are sitting ourselves to death.” However, Dr Levine is not the only highly qualified scientist to make such assertions. In 2012, Booth & colleagues stated in plain English that “Physical inactivity is a primary cause of most chronic diseases”[ii].

According to recent surveys, most Britons sit or lie down for more than 20 hours a day, taking the weight off our feet far too often as we commute to work, sit at a desk and sit down in front of the television in the evening.

Dr Kelly Starrett, an American mobility expert, in the same Times article said “our bodies are built for movement.” This movement is a very powerful and very simple way to not only prevent but also to treat metabolic diseases.

All of us may well have long known it; that exercise is good for us. But not all of us do it. We certainly may not have heard about the importance of exercise and the lack of it couched in such strong terms as Dr Levine used. Maybe this is what it will take to motivate us all to take regular exercise? However, it is very apparent that modern lifestyles are not conducive to the majority of the population in engaging in the right amount of health-protective physical activity and exercise that we need.

The IFM conference in California brought many experts together to support the understanding of why physical movement is so important for us, and showed how each of us can exercise and train for optimal outcomes. Presentations also focused on the motivation and compliance factors and gave the attending practitioners some key clinical pearls to support their clients in engaging in programme of activity, in one form or another.

I’ve chosen to spotlight just one of the many excellent speakers due to the new insights he provided. The presenter was Dan G Tripps, PhD who spoke about “Scientific Principles of Metabolic Training”. He introduced some key training principles by which he supports his clients – and they abide by the principles of functional medicine nicely – which are as follows:

In his fascinating talk, Dan Tripps described 7 gears of metabolism which goes beyond the simple perspective of aerobic and anaerobic, which reflects just 2 gears. The 7 gears refer to 4 aerobic and 3 anaerobic states, and I suspect this was novel information for the majority of the audience. In each gear, the fuel or combinations of fuels used was described; free fatty acids, carbohydrate, lactate, ATP, and creatine phosphate. The purpose of assessing the fuel uses in each of the gears was to help achieve optimal performance training for optimal peak performance & metabolism for his clients, whether they were an Olympic athlete or a weekend amateur who wants to get the best out of their training.

The ability to assess what is best for each person is what Dan Tripps does for his living at Speck Health[iii], and it requires sophisticated equipment that is not available to most of us. However, the information raised very stimulating questions about how we know to exercise at a certain heart rate and for how long. The answer is, we likely don’t know what is best for us.

It’s going to be more than interesting to see if and when this kind of assessment is going to be made more widely available. In the meantime, however, from the information I have learned a variety of training at a variety of intensities, such as H.I.I.T (high intensive interval training), may be best for optimal performance and well-being.

However, I return to the essential theme of this review which is all about the multiple health benefits to be had from regular exercise.

Beyond the syllabus of the conference in San Diego, there is an evolving mechanistic science that explains the systemic health benefits from exercise. It boils down to signalling molecules, like so much else in in human health, and in this instance it is all about myokines, or rather ‘exercise factors’[iv].

Myokines are proteins secreted from muscle, and more specifically, myokines that are induced by exercise, which are often referred to as exercise factors. It is now emerging that they play a key role in the systemic benefits derived from exercise.

The first myokine to be identified from muscle was IL-6[v],[vi]. Since its discovery, researchers have been exploring and finding other myokines that also qualify as exercise factors.

An exercise factor has been formally defined as a factor produced by skeletal muscle in response to exercise and that is secreted into the circulation[vii],[viii]. Exercise factors are most often proteins but can also be metabolites. The secretion into the circulation implies that factors that only act locally in the muscle in a paracrine or autocrine fashion cannot be classified as exercise factors. In contrast, myokines are proteins produced by skeletal muscle that are not necessarily induced upon exercise nor do they have to have a systemic function; they can be considered as a subset within the myokines.

Due to advances in cell culture technology it is now relatively straightforward to screen for myokines.

IL-6 is the most studied and discussed of all myokines. The reason for its popularity is that IL-6 is the first myokine identified and is also a very well-known cytokine. However, >99% of the literature on IL-6 pertains to its non-myokine actions.

It is also now understood as to what some of the benefits or effects may be induced by these exercise factors, whether it be increased insulin sensitivity, supporting angiogenesis in skeletal muscle or supporting adaptation within skeletal muscle in response to exercise. The evidence shows that there is an acute effect which differs from the chronic effect, hence the emphasis on the importance of distinguishing between a single exercise bout and the chronic adaptive response.

In this review, there is only time to cover a single other myokine to IL-6, which is CCL2. CCL2  is well known in the research as an inflammatory marker. Acute moderate intensity cycling, marathon running, and resistance exercise increases CCL2 gene expression levels in skeletal muscle[x], it has been found. Interestingly, CCL2 protein was found to be increased in skeletal muscle after eccentric exercise, but not after concentric exercise[xi].

During inflammation caused by injury or infection, CCL2 recruits monocytes, T cells, and dendritic cells. In skeletal muscle, CCL2 is involved in macrophage infiltration after tissue damage. The induction of CCL2 by trauma or acute exercise and subsequent infiltration of macrophages and other immune cells appear to be crucial for muscle repair and adaptation. Infiltration of immune cells was also found to be important for skeletal muscle hypertrophy following exercise[xii].

The secretion of CCL2 into the blood may be indicative of a systemic role during acute exercise, although concrete evidence is lacking. Interestingly, a long-term training intervention results in a decrease in plasma CCL2 levels, which is analogous to the effects of exercise training on IL-6 levels.

Evidence suggests that both acute exercise and exercise training cause a shift in adipose tissue macrophages from inflammatory M1 to anti-inflammatory M2 macrophages. It can be hypothesised that CCL2 produced in skeletal muscle plays a role in this shift[xiii].

As we’ve heard, there are a number of human myokines that have been identified, yet limited information is available about the function of most of them. The majority of the myokines probably has a local role only and is unlikely to carry a systemic function as an exercise factor.

In the future emphasis should be placed on better characterising the functional role of the existing and newly identified myokines in the acute and chronic response to exercise, and explore their potential as a target for metabolic diseases.

In the meantime, we all need to move our bodies, take the stairs not the lift, avoid the sofa, don’t sit for long without standing up, & take regular exercise of various types of intensity, and have fun doing it, in order to avoid becoming a statistic in the morbidity & mortality figures!

I wish you well in finding your way to what exercise suits you best, and to adapting your workplace to a work station as opposed to what Dr Levine calls a death trap (i.e. sitting at your desk).

[i] Web link to the IFM website page: View site