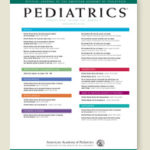 For some years the notion that adverse responses to environmental triggers may be increasing due to a change in the ongoing exposure to mild immune activating bacteria has been gaining credibility. From Strachans first proposals to now there has been a continuous evolution of the hygiene hypothesis.[1],[2]

Farms have long been seen as a source of suitable triggers to reduce risk of allergy and a paper in the Sept 2015 Journal Science finds that an enzyme triggered by bacterial components found in farm dirt that protects lungs against asthma is missing in those with the illness. Clearly this is another mechanistic explanation that helps build a better understanding around why some people’s way of life confers possible reduction of risk, but naturally as in most chronic illnesses there are often a number of triggers of different magnitude operating in a host of differing resistance and health.[3]

However not everyone has access to farms and are looking for practical safe interventions that through similar and other immune mechanisms help the body to manage a suitable response to environmental triggers and avoid distress. This is sometimes replaced with the use of lactic acid bacteria commensals in effect that can be found in human gastrointestinal tracts. These are cultured and then grown in safe conditions to provide you access to a stable and predictable species and strain. Recent meta-analyses suggest that supplementation with a number of Lactobacilli species may reduce symptoms of some allergic diseases in children and adults.[4],[5],[6]

There is growing interest in lactic acid bacteria (LAB), not only for treatment of T helper type (Th) 1-mediated diseases but also for Th2-mediated diseases, including allergic diseases, since lactic acid bacteria may be able to modulate the Th1/Th2 balance, in addition to having an immunomodulative effect through induction of Th1 bias. One strain (Lactobacillus Acidophilus Strain L-92) has shown ability to induce some regulatory effect on the promotion of cytokines from Th1 and Th2 cells, suggesting that it may also have some regulatory cell induction possibilities via TGF-β induction.[7],[8]

L-92 may be able to reduce some symptoms of allergic disease. Current research proposes a number of pathways within the immune network to help support Th1/Th2 immunobalance, including induction of apoptosis of Th2 cells, modulation of dendritic function, regulation of Th1 and Th2 cytokines, activation of Treg cells, and upregulation of immunomodulatory genes. Emerging and reproduced clinical evidence supports the conclusion that L-92 may reduce some symptoms of AD,[9] perennial allergic rhinitis, and pollen allergies. Recent research in a mouse model also suggests the L-92 may provide protective effects against influenza virus infection, demonstrating other potential use as an immune adjuvant.[10]