A Case History of Allergy Prevention and Gastric Health.

A Case History of Allergy Prevention and Gastric Health. 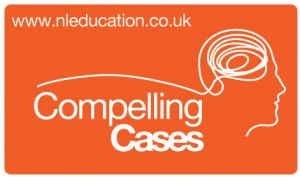 Mrs J is a 31-year-old mother of 3-year-old T who has suffered moderate to severe atopic dermatitis since his early years.  His skin has been mostly affected in his inner elbow, behind his knees and occasionally the crease between the abdomen and hip, neck, ears. Treatments to time of their first appointment had consisted of:

T is also allergic to cow’s milk and when consumed he will develop a skin rash or increased aggravation of his dermatitis. As I have noticed with many of these patients, he does not react to yogurt and goat cheese. His mum keeps him away from dairy and used soya as a primary substitute.

His medical history does not include asthma or any other respiratory problems other than the occasional URTI’s. His parents work full time so he is managed in a day care facility. He suffers with frequent bouts of gastritis, suggested to be of viral origination collected from his playgroup peers. In his family he has a dad with eczema; his dad’s father and his mother’s sister are also eczematic.

Mrs J is now pregnant in the 4th month (2nd trimester) and wants to do something to reduce the risk of her next child developing atopy and would like to discuss probiotics and prebiotics and whether they may have an impact in utero. On the same subject she wants to know if they may help T’s skin now.

Probiotics are defined by the World Health Organisation (WHO) as “live microorganisms which, when administered in adequate amounts, confer a health benefit on the host.”[1]These organisms are found in the gastrointestinal tract or as components of foods and beverages. They differ from pre-biotics, which are complex carbohydrates (non digestible, fermentable polysaccharides) that can stimulate the growth and/or activity of beneficial bacteria already in the colon. Whilst they are an interesting area and certainly make for a useful clinical addition, less is known about their effects than probiotics.[2] One of particular interest is found in the product Securil and is called – Propionibacterium freudenreichii, which produce propionic acid, a natural biological acid that benefits the bifidus flora.[3]

Most probiotics are either Lactobacillus or Bifidobacterium and their various species and strains (for example, Lactobacillus acidophilus and Bifidobacterium bifidus). Other common probiotics are yeasts; the most documented form of yeast used in human gastrointestinal function is Saccharomyces boulardii. They may also be combined in some products and whilst there is a paucity of data on this – there are indications that a selection of bacteria in which they confer similar effects may be better than a single strain.

Probiotics appear able to reinforce the integrity of the intestinal lining as a protective barrier to prevent invasion by pathogenic organisms or over stimulation from food antigens, and they are purported to prevent harmful bacteria or yeast from breaching the gastrointestinal mucosa.[4] They have an effect on both setting up and maintaining regulation in the intestinal mucosal barrier (assisting with tolerance) and may exert clinical effects beyond the nutritional value of food.[5] This effect is the primary rationale for their efficacy in preventing infectious or other forms of diarrhoea and for the treatment of allergic conditions.[6]

How are probiotics delivered?

Mostly they are provided as tablets, powder, capsules and can also be mixed into beverages such as yogurt, milk, or juice. Bifidobacteria have a good level of safety when used orally, including in those under 2 years and ill neonates.[7] For preventing diarrhoea in children, 5-10 billion live Lactobacillus GG have been used twice daily as tablets. Doses of 10-100 billion live organisms are available in tablet form, and capsules of 30 billion CFU are also available.

The greatest number of studies supporting the benefits of probiotics is in the management of diarrhoea-associated diseases. Several probiotics (Saccharomyces boulardii and a mixture of L acidophilus and B bifidum) have shown efficacy for preventing traveller’s diarrhoea with a relative risk (RR) reduction of 15% (RR=0.85, P < .001).[8]

Their success in controlling gastric distress after antibiotics and rotavirus infection related diarrhoea are also well supported. Probiotics have also been shown to benefit antibiotic-associated [9] and paediatric infectious diarrhoea, especially rotavirus-related diarrhoea.[10] Probiotics have been used for a variety of gastrointestinal disorders as well, including these clinically successful applications for conditions related to inflammatory bowel disease:

Probiotics have also been found to be helpful in diarrhoea-predominant irritable bowel syndrome.[13] In a recent meta-analysis, the odds ratio (OR) in favour of active probiotic treatment over placebo in children for diarrhoea was 0.39 (P < .001) for yeast and 0.34 (P < .01) for Lactobacilli.[14] That is to say that for those children taking the probiotic there was about two fifths to one third of the incidence of diarrhoea. 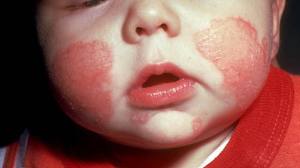 There are a number of moderately supportive reviews for the use of several species of Lactobacilli for atopic dermatitis;[17],[18] these reports were based on placebo-controlled, randomised studies, using the SCORing Atopic Dermatitis (SCORAD) index for assessment, and tended to demonstrate better outcomes for those children with a dairy/cow’s milk allergy.[19]

Of relevance for Mrs. J’s  case, when mothers consumed probiotics during pregnancy (starting 2 to 4 weeks before delivery), the likelihood of atopic dermatitis in the child was reduced at 2 years by about 50% in one study,[20] and the cumulative effect on prevention was still evident at 4 years.[21] A more recent study out of the Netherlands showed that supplementation of a mixed strain of probiotics had a significant reduction on atopy when taken during pregnancy that lasted for the first 2 years.[22]

But other trials using different bacteria have been unsuccessful demonstrating effects in the management or prevention of atopy.

What can be said is that overall, while there is a sound theoretical basis for a benefit of using probiotics for allergic disease, there is currently insufficient data to recommend it for all allergic conditions. With that said, there is more evidence supporting its use in preventing atopic dermatitis in children than for other allergic or immune conditions.

How did the patient respond?

Mrs J had wanted the answers to 2 questions.

Because of T’s cow’s milk allergy, probiotic capsules & powder were recommended rather than milk products, plus it is not clinically possible to deliver adequate quantities of a probiotic via yogurt or milk products.

For T I recommended:

For Mrs J I recommended

The recommendation until recently was that mothers should avoid allergenic foods such as peanuts. However, there has been a change of direction based on recent papers from the LEAP project[25] to suggest that maternal exposure to small amounts may confer tolerance in utero and in early development. I suggested that she consume small amounts of milk with her probiotics every few days to see if it might transfer some immunity/tolerance via the dendritic cells being reprogrammed with the probiotics, thereby delivering a combined message of milk proteins and induction of IL-10 and TGFβ.

On a follow up 2 years later the supplementation programme for Mrs T had been continued until weaning and then discontinued.  T had continued on a daily programme for 18 months and had then stopped and had no re-occurrence of eczema except if eating enough dairy to trigger a response – this would vary but would roughly equate to 1 pint of milk.

The new brother M had been free of all atopy up to the point of follow up and was a healthy young boy.

When benefits occur, it is completely safe and sensible to continue to take probiotics at these doses for a number of years. Monitoring of the patient every few months, at the least, is recommended.

This approach is also applicable to any individual with atopy, not just babies and young children.

Not all patients respond so well as this family and they may need further exploration, including a very careful elimination of food triggers including the use of relevant food allergy and intolerance tests. It is also important to consider that poor digestion in the stomach may be adding to the antigenic load and digestive enzymes may also be a factor. The use of agents containing glutamine and epithelial growth factor for the restoration of gut lining integrity may also be considered in these more stubborn cases.

[1] FAO/WHO. Guidelines for the evaluation of probiotics in food. Food and Health Agricultural Organization of the United Nations and World Health Organization. Working Group Report 2002. Available at ftp://ftp.fao.org/es/esn/food/wgreport2.pdf. Accessed August 11, 2010.

[9] McFarland L. Meta-analysis of probiotics for the prevention of antibiotic associated diarrhea and the treatment of Clostridium difficile disease. Am J Gastroenterol. 2006;101:812-822. View Abstract

Tagged under: allergy, atopic dermatitis, atopy, eczema. probioics
TOP
We use cookies and similar tools across our websites to improve their performance and enhance your user experience. I understand Learn more
Privacy & Cookies Policy