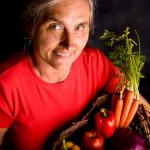 The role of food in health is sometimes seen as an abstract process, and many clinicians prefer to sink into the banal balanced food concept to avoid any detailed analysis or change of their patients food intake. Functional medicine trains clinicians and practitioners to reject the model of one diet fits all and to use the research materials available to construct healthy focussed food programmes. An example of just how effective this can be is found in the story of Dr Wahls, extracted from her web site http://www.terrywahls.com/ the following is her introduction. I encourage you to watch her videos and bath yourself in the unexpected joy that her outcomes promote.

Dr Terry Wahls is a clinical professor of medicine at the University of Iowa Carver College of Medicine in Iowa City, Iowa, U.S.A., where she teaches internal medicine to residents in their primary care clinics. Dr Wahls also does clinical research and has published over 60 peer-reviewed scientific abstracts, posters, and papers.

In addition to being a doctor, she is also a patient with a chronic, progressive disease. Dr Wahls was diagnosed with relapsing remitting multiple sclerosis in 2000, around the time she began working at the university. By 2003 she had transitioned to secondary progressive multiple sclerosis. Dr Wahls underwent chemotherapy in an attempt to slow the disease and began using a tilt-recline wheelchair because of weakness in her back muscles. It was clear: eventually she would become bedridden by the disease. Dr Wahls wanted to forestall that fate as long as possible.

Do watch her TEDx video to learn more about her personal journey.

Because of her academic medical training, Dr Wahls knew that research in animal models of disease is often 20 or 30 years ahead of clinical practice. Hoping to find something to arrest her descent into becoming bedridden, she used PubMed.gov to search scientific articles about the latest multiple sclerosis research. Night after night, Dr Wahls relearned biochemistry, cellular physiology, and neuroimmunology to understand the articles. Unfortunately, most of the studies were testing drugs that were years away from FDA approval. Then it occurred to her to search for vitamins and supplements that helped any kind of progressive brain disorder. Slowly Dr Wahls created a list of nutrients important to brain health and began taking them as supplements. The steepness of her decline slowed, for which I was grateful, but I still was declining.

In the summer of 2007, Dr Wahls discovered Functional Medicine, an organisation devoted to helping clinicians use the latest scientific discoveries to take better care of those with complex chronic diseases. As a result she developed a longer list of vitamins and supplements that were good for her brain. Then Dr Wahls had an important epiphany. What if she redesigned my diet so that she was getting those important brain nutrients not from supplements but from the foods she ate? Dr Wahls used what she had learned from the medical literature, Functional Medicine, and her knowledge of the Hunter-Gatherer diet—the most nutritious of any diet—to create her new food plan. At that same time, Dr Wahls also learned about neuromuscular electrical stimulation and convinced her physical therapist to give her a test session. It hurt a lot, but she also felt euphoric when it was finished, likely because of the endorphins her body released in response to the electrical stimulation. In December 2007, she began the Wahls Protocol™. The results stunned her physician, her family, and herself: within a year, she was able to walk through the hospital without a cane and even complete an 18-mile bicycle tour.

Previous Post
A New Form of Food Reactivity
Next Post
Tocotrienols, Probiotics and PhosphoGlycolipids: A Perfect Prescription for the Liver?