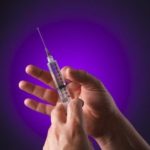 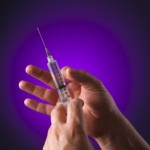 Each year the respective medical authorities in the western world recommend the influenza vaccine and who should receive it. Since 1999 the age groups have been expanded to include greater numbers of people.  Whilst the UK has a more conservative approach to seasonal flu in terms of age, in the USA virtually the only groups not recommended to receive the vaccine are those aged between 19 and 40 without any ongoing health problem.

The New York Times produced an article on September 2, 2008 issue titled “Doubts Grow Over Flu Vaccine in Elderly,” which states;

The influenza vaccine, which has been strongly recommended for people over 65 for more than four decades, is losing its reputation as an effective way to ward off the virus in the elderly. A growing number of immunologists and epidemiologists say the vaccine probably does not work very well for people over 70, the group that accounts for three-fourths of all flu deaths [1].

The article bases it commentary on a study conducted by the Group Health Center for Health Studies in Seattle on 3,500 people, age 65–94, to determine if flu vaccines are effective in protecting older people against developing pneumonia.

The greatest number of deaths during the winter are related to consequences of bacterial pneumonia there are an estimated 8000 flu related deaths in the winter months in England and Wales. Using a mathematical regression model these deaths are then linked to the prevalence of the seasonal influenza virus. The Group Health study found that flu vaccination does not protect elderly people against developing pneumonia. Pneumonia occurs with equal frequency in people over age 65 with or without a flu shot.

The authors point out;

The study found that people who were healthy and conscientious about staying well were the most likely to get an annual flu shot. Those who are frail may have trouble bathing or dressing on their own and are less likely to get to their GP to receive the vaccine. They are also more likely to be closer to death.

Other investigators also  question that there is a mortality benefit with influenza vaccination. Vaccination coverage among the elderly increased from 15% in 1980 to 65% now (2008), but there has been no decrease in deaths from influenza and pneumonia. [2]

As one vaccine researcher puts it;

In the UK a small survey of just over 200 GP’s asked about the swine flu vaccine found that doctors may refuse swine flu vaccine. Several other studies suggest up to 60% of GPs would oppose being immunised because they are concerned the safety trials will be rushed. View Article

You may be surprised to know that the evidence for their flu prevention benefits is scarce. A systematic review of 51 studies involving 260,000 children age 6 to 23 months found no evidence that the flu vaccine is any more effective than a placebo. [4]

In a  recent randomised trial [5] researchers found that the incidence of influenza in infants whose mothers had a flu shot during their pregnancy was 4% (6/159). The incidence of flu in infants whose mothers did not have a flu shot was 10% (16/157). In this study (done in Bangladesh and funded by the Bill and Melinda Gates Foundation, Wyeth Pharmaceuticals, and others) flu shots reduced the relative risk of influenza illness in infants by a seemingly impressive 63%. If you reverse the interpretation it can be said that only 6 out of 100 infants benefited from the shot. The other 94 received no benefit, 4 got influenza anyway. It raises questions about the efficacy of early age vaccination in developing appropriate resistance.

Surely RCT’s Support The Use of Influenza Vaccination?

Randomised Controlled Trials (RCTs) are at the top of the hierarchical tree for evidence, yet there appears to be no RCTs that demonstrate flu vaccinations actually reduce mortality from influenza or flu-related pneumonia. There are RCTs that confirm the flu vaccine is somewhat effective in preventing influenza.

In regularly quoted study, 1838 volunteers age 60 and over were randomised to receive a flu vaccination or placebo (a shot of saline). The flu shot reduced the relative risk of contracting (serologically confirmed, clinical) influenza by a seemingly impressive 50%. The incidence of influenza in the un-vaccinated people in this study was 3%. In the vaccinated group it was 2%. [6]

Vaccination reduced the absolute risk of contracting influenza by a meager 1% (not 50%, as the “relative risk” portrays it). In actuality, for every 100 people that have a flu shot only one will benefit from it – this, in medical parlance, is the “number needed to treat” (NNT) in order to achieve any benefit from the treatment. A flu shot provides no benefit for the other 99 people and 2 of them will get influenza anyway.

What about Vitamin D?

The use of Vitamin D as an H1N1 (swine Flu) preventative measure is now being explored by the Canadian Public Health Agency, and as discussed in the mucosal defence programme the risk to benefit ratio falls heavily in favour of ensuring optimal Vit D status. This can be measured using a suitable blood test. The optimal levels, as described by Dr Michael Holick, one of the worlds leading authorities on Vit D are shown below. [6]

The use of vaccination in the prevention of influenza is not as clear cut as one may think, there are  however, still substantial population based benefits from the use of vaccination in vulnerable groups, but no substantive evidence that it reduces their mortality. The inclusion of a simple secasteroid (VitD), may represent a very good risk to benefit return and whilst we make it for free when exposed to natural sunlight, changes in clothing and weather makes the use of supplemental Vit D a cheap and practical way of meeting the bodies innate defence requirements.

Serum 25(OH)D (VitD) levels are inversely associated with recent URTI. This association may be stronger in those with respiratory tract diseases further supporting the evidence that Vitamin D  optimisation   represents a compelling strategy for preventive medicine.[7]