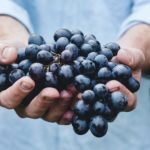 Anxiety & Fatigue Respond to Natural Agent Better Than to Benzodiazepines

Use of benzodiazepine anti-anxiety drugs (like Valium) reached epidemic proportions two decades ago, the use of which was enshrined in the Rolling Stones song ‘Mothers Little Helper’. While long-term side effects have led to a significant decrease in use in recent times, modern benzodiazepine derivatives are still widely prescribed.

Drugs vs. Nutrients
Although nutritional approaches to anxiety have not seen much use by the medical profession, consumers have obtained some degree of anxiolytic relief through the use of such OTC items as B-complex vitamins, magnesium, GABA, and herbs like valerian. One of the more interesting of these nutritional products is Garum Armoricum® (Stabilium), an historically ancient extract of fish viscera (internal organs) of certain deep-water fish species, the preparation of which dates back to the Romans.

Stabilium is a dietary supplement composed of Garum Armoricum®, sunflower oil and lecithin, manufactured in France. There have been two reports that Stabilium has anti-anxiety properties in asthenic (fatigue) patients dealing with severe anxiety. [1],[2]

But the effect of Garum Armoricum® on normal, healthy people suffering mild or free floating anxiety remained untested until recently. Dr. Dorman and researchers at California Polytechnic State University carried out a crossover, double-blind study on Garum that was published in 1995 in The Journal of Advancement in Medicine. The study looked at fifty four college students between the ages of 18 and 25 on the assumption that they are an excellent test group because of the anxiety associated with academic stress.[3]

Despite the unanticipated inadequacy of the washout phase, the study clearly demonstrates a statistically significant decrease in anxiety (P<0.05) from Garum Armoricum® at weeks 2, 3 and 4 of the study. Although the lingering anti-anxiety effect of Garum Armoricum® was a liability in this study design, it should be considered an asset for real-life use of this product.

A second crossover, double-blind study followed, to test the effectiveness of Garum Armoricum® on weakness and fatigue-related depression and anxiety, as well as memory and cognitive performance. It was published in The Journal of the European College of Neuropsychopharmacology in 1996. [4]

This study clearly demonstrated that Garum Armoricum® could enhance memory and mental clarity, as demonstrated by Wechsler’s Test of Memorization, and Rey’s Test. A positive impact on memory and cognition was particularly apparent in the 45-55 age group. Garum was also beneficial in chronic fatigue.

Many of my patients come to me with a multitude of health issues, and naturally they worry about these issues. It’s not possible to turn them around and restore their health instantly. My strong clinical impression over the last twenty years is that Garum Armoricum® can help these chronically anxious individuals become people who are able to cope in a rational, calm way with their health issues. Where benzodiazepines have serious side effects, are addicting, and lead to significant withdrawal issues,Garum Armoricum® works better and serves as a useful, safe substitute. I have switched many patients off benzodiazepines successfully by tapering them slowly over six to eight weeks while they take Garum.

[4] Le Poncin M. Experimental Study: Stress and Memory. The Journal of the European College of Neuropsychopharmacology. 1996;6(3): 110.