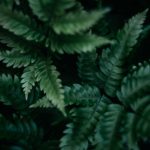 A new study has concluded that one key part of the immune system, the ability of vitamin D to regulate anti-bactericidal proteins, is so important that it has been conserved through almost 60 million years of evolution and is shared only by primates, including humans – but no other known animal species. The genetic material – called an Alu short interspersed element – is part of what used to be thought of as “junk DNA” and makes up more than 90 percent of the human genome. That genetic material, however, is now understood to often play important roles in regulating and “turning on” the expression of other genes.

In this case, the genetic element is believed to play a major role in the proper function of the “innate” immune system in primates – an ancient, first line of defense against bacteria, viruses and other pathogens, in which the body recognizes something that probably doesn’t belong there, even though the specific pathogen may never have been encountered before. Vitamin D prevents the “adaptive” immune response from over-reacting and reduces inflammation, and appears to suppress the immune response. However, the function of the new genetic element this research explored allows vitamin D to boost the innate immune response by turning on an antimicrobial protein. The overall effect may help to prevent the immune system from overreacting.