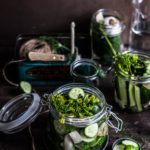 Toxoplasmosis is generally a mild infection, but it can have serious and potentially fatal effects in pregnant women, their foetuses and others with weakened immune systems.

In mice, T gondii directly activates a specific immune protein in the host, called toll-like receptor 11 (TLR-11), which helps control the animals’ immune response to the parasite. Humans, however, don’t have an active form of this receptor. Exactly how the body senses T gondii has remained unclear because the parasite doesn’t activate any of the functioning toll-like receptors that humans do possess.

In a new study appearing online and in the Aug. 20 issue of Cell Host & Microbe, researchers at UT Southwestern suggest that instead of activating toll-like receptors directly, T gondii‘s first interaction in the human gut is with the helpful bacteria that live inside us. Those bacteria then release signaling molecules, alerting the human host to the invader.

The researchers speculate that because commensal bacteria co-evolved with the host, they must have found this fine balance to induce the sufficient stimulatory effects of the immune system without causing illness or death. Dr. Yarovinsky said.

The fact that commensal bacteria vary dramatically from person to person might explain why therapeutic outcomes vary so much.