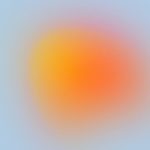 One Jab Appears to be Effective for H1N1 – Says Preliminary Report

Leaving aside the questions concerning the validity of receiving the new H1N1(2009) vaccine in terms of need, and whether there may be as yet to be discovered risk and side effects that are greater in health impact that the actual virus. The questions about does it actually induce immune defenses against the H1N1 virus are now starting to be answered.

The New England Journal Of Medicine published last week (10th Sept 2009) the early results of two trials conducted in Australia on the new vaccine. In short they demonstrated immunological effect from a single dose. 240 subjects were divided equally into two age groups – less than 50 years old and more than 50 years old – were given a single 15-microgram or 30-microgram dose of a vaccine developed by CSL Biotherapies in Australia.

For those seeking the distribution and those looking to have access to the vaccine this has two positive components. The first is that using only one dose to be effective in terms of antibody response means more people can be innoculated with the same number of vaccines (they appear to need only one as opposed to the two originally predicted). Secondly the dose volume being much lower than expected means less risk of adverse side effects, although various side effects have been reported (see below). As to whether the antibody response is adequate to protect against the swine flu – no studies have yet been conducted to confirm or deny this.

No deaths, serious adverse events, or adverse events of special interest were reported. Local discomfort (e.g., injection-site tenderness or pain) was reported by 46.3% of subjects, and systemic symptoms (e.g., headache) by 45.0% of subjects. Nearly all events were mild to moderate in intensity.

Swine flu has claimed at least 3,205 lives worldwide since an outbreak was first reported by the World Health Organisation in Mexico in April.

Should vaccination be undertaken?

This is a controversial question with polarised as well as central views being reguarly aired. The decision will rest with the individual or their carers. It is worth remembering that a review of 51 separate studies in 2006 concluded that flu vaccines worked no better than a placebo in 260,000 children ranging in age from six months to 23 months. A report published in 2008 found flu vaccines in young children made no difference in the number of flu-related doctor and hospital visits. However, a study of 800 children with asthma found that those receiving a flu vaccine had a significantly increased risk of asthma-related doctor and emergency room visits. (see here)