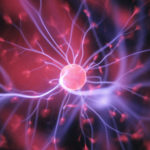 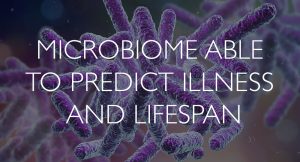 Two new #microbiome studies were published last month both concluding that analysis of the human microbiome is more accurate in determining the individual’s risk of certain diseases and lifespan than their human genome would be. The first study was conducted by the Harvard Medical School and found that overall, an individual’s microbiome was 20% better in predicting disease than the DNA in their human genome, it was also found to be 50% more accurate at predicting colorectal cancer than the genome. In the second study, conducted in Finland, the focus was placed on finding a link between a person’s microbiome and their life span. Here researchers found that individuals whose microbiome contained a greater number of certain species of bacteria were 15% more likely to die within the following 15 years.

Over the last decade scientists have come to know the human microbiome, or #metagenome, as our ‘second genome’, with both existing as networks of genes that affect host health and vary across populations. At the same time, they have striking dissimilarities, perhaps most importantly, the transient and sensitive nature of the microbiome. The researchers from Harvard focused upon these ‘first’ and ‘second’ genomes to further asses their differences and hope to conclude which may be superior in their ability to characterise host #phenotype.  In their study they evaluated the predictive accuracy of individual’s microbiome compared to their human genome for 14 common chronic degenerative diseases. After exhaustive research, based on a decade of literature and measures, the team could only find the human genome was able to outperform microbiome analysis in predicting type 1 diabetes.  The microbiome analysis was a superior predictor for the following diseases: ulcerative colitis, colorectal cancer, Crohn’s diseases, type 2 diabetes, rheumatoid arthritis, hypertension, schizophrenia, inflammatory bowel disease, asthma, Parkinson’s disease, obesity and prostate cancer.

The team based in Finland used data collected from the Finland Cardiovascular Risk Study (#FINRISK), to analyse the long-term association between gut microbiome variation and mortality. The FINRISK cohorts comprises cross-sectional population surveys that are carried out every 5 years since 1972 in Finland. They assess the risk factors of chronic diseases and health behaviour in the working age population, each survey has 6,000-8,800 participants. In the 2002 survey the subjects donated faecal samples which were stored and then sequenced 15 years later. This data was then compared with DNA samples from 34,499 people and blood plasma/serum samples from 21,087 people. The research revealed that those whose microbiome contained a greater number of certain species of bacteria, specifically several species and genera of the #Enterobacteriacea family, in 2002, were 15% more likely to die within the following 15 years.

Contributors to both studies have highlighted that this research is in the very early stages with neither paper having been peer-reviewed. Future efforts and methodological developments are needed. This type of research should only grow in frequency with increased metagenomic sequencing, allowing us to test the limits of the microbiome in its ability to characterize a vast array of host phenotypes.