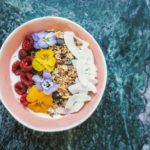 In recent years, the #microbiota has been linked to many aspects of human health, but until now its impact on the #immune system has only been assumed because of data from animal studies. Scientists from Memorial Sloan Kettering have now, for the first time, shown that the #gut #microbiome directly shapes the makeup of the human immune system, with the results of their study published in Nature.

The team used data collected over ten years from more than 2000 patients who were receiving allogeneic stem cell and bone marrow transplants (#BMTs).  With #chemotherapy and #radiation therapy used to destroy cancerous blood cells; patients receive donor stem cells. During this process, the patients are incredibly vulnerable to infections and so are given #antibiotics. Unfortunately, these antibiotics destroy any healthy bacteria living in the gut, which then allows dangerous strains to thrive. Once the donor blood cells have established antibiotics are stopped and the gut can begin to slowly recover. This process, whereby both the immune system and the gut microbiota were damaged but then allowed to repair, gave scientists a unique opportunity to study the associations between the two systems.

With both blood and faecal samples analysed from patients going through the BMT process the team were able to detail the types of bacteria present in the gut at different times and compare these with the types of immune cells present in the blood. This large database is allowing scientists to have a better understanding of how the microbiota aids the rebuilding of the immune system. The breakthrough here is not concentrating on which microbes are ‘good’ or ‘bad’ for the immune system, with different types of immune cells needing to vary at different times, but instead a way in which we will be able to study the process and help BMTs become safer. The researchers concluded that the study was key in opening ‘the door towards an exploration of potential microbiota-targeted interventions to improve immunotherapy and treatments for immune-mediated and inflammatory diseases’