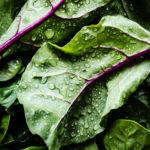 Impact of Cooked vs. Raw Food on the Gut 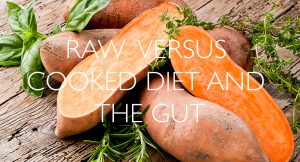 There have been various studies investigating the impact on the #microbiome of different kinds of diets, such as vegetarian versus meat based, but as yet none to question whether the cooking process itself alters the composition of the microbial ecosystems in our guts. Cooking involves exposing food to heat which can change the foods chemical and physical properties. Researchers from the University of California and Harvard University have set out to answer whether these alterations change the microbial environment of the #gut.

The researchers began by feeding mice a diet of either #raw or cooked beef or raw or cooked sweet potato, foods used because previous research found that the cooking process alters their nutritional components. To the researchers surprise the raw meat and cooked meat did not affect the mice’s gut #microbiota in any obviously different way. The sweet potato gave a very different result, the mice on the raw diet had poorer gut diversity and fewer #bacteria than baseline measurement, they were also found to have a higher proportion of Bacteroidetes bacteria, which plays a key role in the degradation of #glycans. In order to confirm their findings they went on to feed the mice white potato, corn, peas, carrots and beets, foods with various degrees of starchiness and digestibility. Again it was the potatoes that affected microbial diversity in the gut differently. The authors of the study explained that the potatoes are likely to have done this due to having a high quantity of low digestibility starch, a carbohydrate with properties that are changed by heat exposure but could also be driven by the chemicals in the plants. The mice on the raw food diet also lost weight.

A small group of participants were then recruited to assess the impact on the human body, with a chef preparing comparable raw and cooked menus. The diets were tried for three days in a random order with stool samples submitted to researchers to analyse their microbiomes, they were found to have significantly altered. A longer term, large scale study is now needed to fully understand how raw versus cooked diets can impact our gut physiology. The study raises further “opportunities for mining the human diet for therapeutics and prompts a polypharmacological view of the interactions between the gut microbiome and dietary small molecules,”