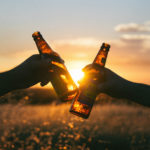 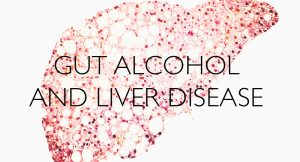 The scientists, based in Beijing, were able to isolate and identify strains of Klebsiella pneumoniae (HiAlc Kpn) strongly associated with endogenous alcohol production. A cohort of 43 patients with NAFLD, including NASH, were investigated and a strong association was found between the existence of HiAlc Kpn isolates and the disease severity. NAFLD affects one in three adults in the United Kingdom, whilst relatively benign initially if it progresses it can lead to serious liver damage, including #cirrhosis. This discovery suggests that we can screen those patients carrying the bacteria by seeing if they have a detectable amount of alcohol in their bloods after having taken a glucose solution, and by identifying these individuals we are better able to treat their bacterial composition and prevent liver damage. Once again, the role of the microbiome and the generation of health and disease opens another window into the intimate relationship between them and us.