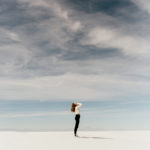 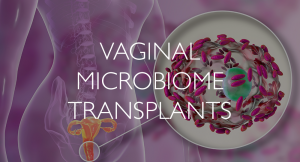 Inspired by the success of Faecal microbiota transplantation (#FMT), two teams of scientists have been researching #vaginal #microbiome #transplantation. The belief is that by transplanting a whole microbial colony, rather than just one species (as happens with a #probiotic approach), we can help the beneficial microbes effectively gain control over the #pathogens. With faecal transplants becoming one of the most successful first-line treatments for Clostridium difficile and other gut infections, the hope is that vaginal microbiome transplants can offer the same hope for those with vaginal infections.

The most common vaginal #infection is #bacterial #vaginosis (BV). BV is caused by a specific bacterium called Gardnerella Vaginalis and symptoms can include discharge, odour, itching and a burning sensation, though many women will not experience any symptoms. Whilst a common condition, that is usually harmless, it can become dangerous if left untreated or mis-diagnosed, increasing the risk of some sexually transmitted diseases (#STIs), urinary tract infections (#UTIs) and pelvic inflammatory disease.   If the condition is untreated in pregnancy it can lead to pre-term births as well as low birth weights. Current treatments include antibiotics, aimed at eliminating non #lactobacillus microbes, and probiotics containing lactobacillus, but results are mixed, and infection often reoccurs.

The two teams of researchers, one from the University of Michigan and one from Massachusetts General Hospital, are currently screening women to take part in clinical trials. They need to ensure that #lactobacillus is the predominant bacterial strain in the potential donors’ vaginal microbiome. The lactobacillus species L. crispatus has a high protective lactic acid content, lower pH, and a greater HIV barrier function. Donors are given a medical questionnaire with blood, urine and vaginal swab and fluid testing and are checked for STI’s. Based on the exclusion criteria only 35% of women will be eligible to donate. Once a safe donor is identified they will be able to donate on multiple occasions. Those involved in the trials expect the trajectory of vaginal microbiota transplantation to follow that of faecal transplantation offering an effective alternative to current treatments.