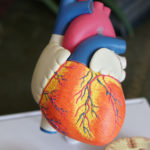 The Role of Microbes and Genes in Heart Failure 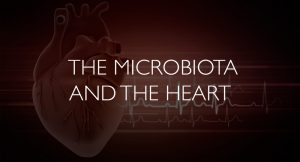 The department of Immunology from the University of Toronto have recently completed research into the origins and causes behind inflammation of the heart (#myocarditis). Whilst many other studies have been conducted, resulting in a variety of theories, there has not yet been a conclusive definition of how risk factors and environmental exposures intersect. The Toronto team have shown in their results that genetic predisposition, production of a commensal #gut #microbial #autoantigen, and systemic #inflammation combine to trigger the generation of autoreactive CD4+ T cells that cause autoimmune myocarditis and #cardiac dysfunction.

This research used transgenic mice with an engineered T cell receptor that recognised cardiac myosin heavy chain 6 (#MYH6) peptides presented by molecules on the surface of cells which develop spontaneous myocarditis. The gut commensal microbe Bacteriodes thetaiotaomicron (#B.theta) was found to be required for autoimmune myocarditis. B.theta produces β-galactosidase (#β-gal) which led to MYH6-specific T helper 17 cells to expand near the gut within the gut mucosa, driving profound cardiac tissue damage and death in the mice colonized with B.theta strains that produce β-gal. The gut microbiota is influencing outcomes for both immune and nonimmune based diseases, and this needs to be considered when looking into differing responses to therapies.

Researchers went on to find that patients with biopsy-proven myocarditis had higher amounts of B.theta in their stools, and when a faecal microbiota transplantation was given to mice from these patients it triggered an accumulation of cardiac MYTH6- specific CD4+ cells. It is doubtful that increased β.theta alone can trigger myocarditis, it may be inflammation that causes the trigger. In animals, viral myocarditis has been found to cause the infiltration of large numbers of inflammatory cells without substantial cardiac injury, suggesting certain viruses thought by us to be harmless could be triggering myocarditis in certain patients. This study adds much weight to the theory that the human microbiota is a critical moderator of inflammatory diseases.