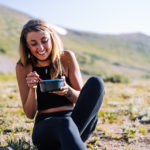 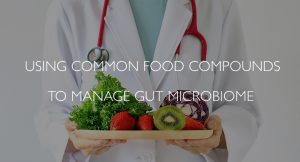 The foods we eat commonly affect our #gut #microbiota by triggering the production of #bacteriophage, which are the viruses that infect and replicate inside #bacteria. The #microbiome is made up of hundreds of different bacteria and the #phages they host. Researchers from San Diego State University have discovered a new way to harness food as medicine by identifying common dietary compounds that can kill specific bacteria without affecting others.

Researchers began by finding out which foods were #antimicrobial, agents that kill microorganisms or stop their growth. These foods were then analysed and included honey, liquorice, stevia, aspartame, hot sauce, oregano, cinnamon, rhubarb and neem extract. On examining growth curves of bacteria, the team found that while the bacteria multiplied it did eventually plateau. If phages were activated however, then the bacterial growth stops. Honey, stevia and aspartame were among those foods with the most impact in triggering phage production. The team also found foods that acted as phage inhibitors and could therefore be used to control pathogenic viruses. The study’s results suggest that it is possible to ‘landscape’ the gut, selectively encouraging and killing different bacterias in the microbiome by the careful use of different foods with inhibitory or promotional properties.

Our gut microbiome has been shown to have a huge impact on our general health, affecting cognitive ability, metabolism, weight gain and loss, as well as our moods. Inflammation of the gut microbiome can lead to irritable bowel syndrome, Crohn’s disease, diabetes and cancer.  To have found food compounds that could correct imbalances is hugely encouraging. The short listed, prophage inducing foods need further studies to fully explain their molecular mechanisms, but the team from San Diego are hopeful that there will be a time we can prescribe dietary changes to use phages to treat disease as well as promote health.