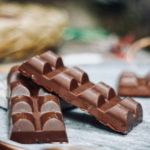 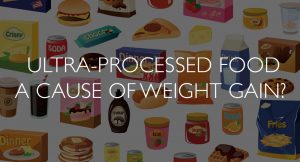 Whilst studies have previously been conducted on mice linking processed foods to #obesity and #intestinal #inflammation, human studies have been lacking. Associations have already been made regarding humans and the consumption of ultra-processed foods increasing the risks of developing obesity, #cancer, #autoimmune conditions and even premature mortality, human clinical trials have been needed to prove this link. Scientists from the National Institute of Diabetes and Digestive and Kidney Diseases in Bethesda, Maryland, have carried out the first study of this kind and the results showed a weight gain in as little as two weeks.

The study recruited 10 male and 10 female volunteers all with no underlying health problems, who became inpatients at the National Institute of Health (#NIH) for 28 days. The participants were randomly assigned one of two diets, either highly processed or unprocessed. Both diets contained the same calorie breakdown of 48% carbohydrate, 37% fat and 14-16% protein, and had similar energy density, sodium and fibre content. Participants were given three meals a day and encouraged to eat as much or as little as they liked and had access to snacks and water throughout. After a two-week period the diets were switched.

Those volunteers on the ultra-processed diet consumed an average of 2,979 calories a day, while those on the unprocessed diet consumed 2,470. The extra 500+ calories led to an average weight increase of 0.9 kg (2 lbs), mostly in the form of body fat. The participants who followed the unprocessed food diet lost roughly the same amount of 0.9kg and saw an increase in the gut hormone peptide YY, which suppresses hunger. Interestingly, those on the ultra-processed diet ate more quickly than the other group, the researchers think this may be due to the sensory properties of the food, and perhaps a reason why they gained weight. If we eat very quickly our #gastrointestinal tract perhaps doesn’t have enough time to signal to the brain that it is full, leading us to overeat. The unprocessed food did contain slightly more protein, another theory is perhaps those on the ultra-processed diet may have been eating more to reach protein targets. Whilst larger scale, longer term, studies are needed, the results of this research are a breakthrough, consuming ultra-processed food is not just associated with weight gain it causes weight gain.