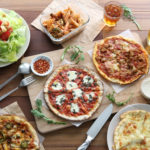 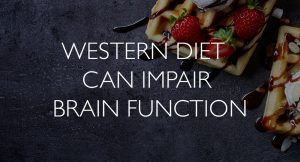 A Western-style diet can be characterised by the consumption of highly #processed and #refined foods, with high contents of #sugars, #salt, and #fat and #protein from red meat. This type of diet has been associated with poor health outcomes as a major contributor to the development of obesity-related diseases as well as an increased incidence of chronic kidney disease. Researchers from Macquarie University in Sydney have now published a new study in the Royal Society Open Science journal linking a western diet to poor #appetite control as well as reduced #cognitive skills.

Previous research, conducted on animals, has shown that junk food impairs the #hippocampus, a brain region involved in #memory and appetite control, scientists have now set out to prove if the same will happen to the human brain. The researchers in this most recent study, recruited 110 Australian volunteer students aged between 20 to 25, all of whom were already a healthy weight with a healthier-than-average diet. The participants were then randomly assigned to either a western-style diet group or a control group. The control  group were to continue eating as normal for seven days, the western diet group were asked to eat two Belgium waffles on four days, and to eat a main meal and desert or drink from a fast food chain the other two days, on top of their normal diet. On both the first and last day of the study the participants took the Hopkins verbal learning test (#HVLT) of learning and memory (recall) skills, and a “wanting and liking test”, where they were shown a range of junk food items and asked to rate how much they wanted them, then how much they liked them after they had been consumed.

The study found that just one week’s exposure to a western-style diet “caused a measurable weakening of appetitive control”. Those on the high fat, high added sugar diet scored worse on memory tests and found junk food more desirable immediately after finishing a meal. With junk food becoming more desirable after having eaten, it becomes harder to resist ‘leading you to eat more, which in turn generates more damage to the hippocampus and a vicious cycle of overeating.”  Co-Author of the study, Professor Richardson concluded that, “Demonstrating that processed foods can lead to subtle cognitive impairments that affect appetite and serve to promote overeating in otherwise healthy young people should be a worrying finding for everyone.” Initial, subtle, impairments caused by the western-style diet could lead to obesity and diabetes, both of which have links to the decline of brain performance. The study clearly reinforces the fact that a healthier diet has huge benefits for our health and wellbeing, including our cognitive abilities.