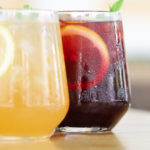 ‘Diet’ Drinks No Better for our Heart than Full Sugar Drinks 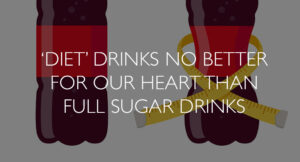 The popularity of sugary soft drinks has rapidly increased worldwide over recent years, but with growing research and awareness into the dangers of a diet high in #sugar, particularly in regards to #cardiovascular disease, we see more people reaching for #artificially #sweetened #beverages.   A study recently published in the Science Direct Journal has shown that despite claims they are the healthier option, artificially sweetened drinks may be just as bad for our heart as their sugar filled  counterparts.

The study aimed to investigate the relationship between the consumption of sugary drinks, artificially sweetened beverages (#ASB) and the risk of cardiovascular disease (#CVD). Data was used from the French NutriNet-Santé cohort, launched in 2009 with 104,760 participants who completed online questionnaires and dietary records every 6 months considering their body size, socioeconomic status, activity levels and eating habits. ASB were classed as those drinks which contained non-nutritive sweeteners, and sugared drinks defined as those that contained at least 5% sugar.  For each type of drink, the cohort were split into three groups, non-consumers, low consumers, and high consumers.

Participants were followed from 2009-2019, during which time 1,379 cases of first incident CVD occurred. In comparison with non-consumers, the high consumers of sugary drinks were more likely to suffer heart disease, #strokes, or heart attacks, the same was also found for the high consumers of ASB. Even after adjustment for multiple confounders those people that drank either type of drink were up to 20% more likely to experience CVD in comparison to those who avoided them. Clear casual effect has not been proven from the study, but evidence is growing in linking the dangers of artificial sweeteners to many adverse health conditions.