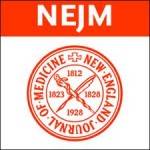 Are Soft Drink Calories A Problem?

An editorial article out in the New England Journal of medicine has raised some interesting revisits to the questions concerning beverage selection and risk for obesity.[1] In particular the depressing increase in adolescent obesity not only in developed but developing countries because of the significant future health complications that spill out from these issues.

Sugars contained in soft drinks represent a substantial source of caloric intake in the USA and are likely to be similar here in the UK – that is almost 15% of daily calories are derived from soft drinks sweetened with sugar.

Unlike carbohydrates with high fibre content, sugar-sweetened beverages are nutrient-poor and are often associated with consumption of salty foods and fast foods. An emerging association between the increased consumption of sugar-sweetened beverages and chronic diseases such as type 2 diabetes, hypertension, and coronary heart disease is a major concern.[2]

Three papers published in the NEJM this month highlight potential explanations of mechanisms that increase risk for obesity. 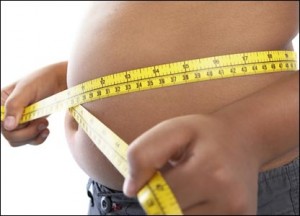 The study by de Ruyter et al looks at the effects on weight of swapping drinks. Whilst there are some limitations due to non-completion of 26% of the participants the results clearly suggest that masked replacement of a sugar-containing beverage (104 kcal) with a sugar-free beverage significantly reduced weight gain and fat accumulation in normal-weight children.[4]

Ebbeling and colleagues randomly assigned 224 overweight and obese adolescents who regularly consumed sugar-sweetened beverages to experimental and control groups. The experimental group received a 1-year intervention consisting of home delivery of noncaloric beverages. This intervention was designed to decrease consumption of sugar-sweetened beverages, with a follow-up for an additional year.

The difference in the primary outcome, the change in BMI at 2 years between the experimental and control groups, was not significant. However, at 1 year, significant changes in BMI were observed, particularly among Hispanic participants suggesting that once the access to the drinks was discontinued that habits were restored.[5]

High fructose corn syrup has also been implicated as it promotes hepatic lipogenesis and the development of insulin resistance.[6] As such it may add additional complications in the attempt to manage peoples long term dietary choices.

Of course industry and politics resist attempts to apportion blame of impose taxation levies to encourage consumer choice, BUT….