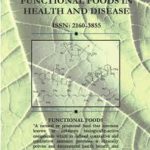 A 2012 study in the international Journal of Functional Foods in Health and Disease finds that glycophospholipids significantly reduce intractable fatigue in long-term patients who are positive on the western blot test for Borrelia burgdorferi infection, known as Lyme Disease.1 The western blot is the gold standard test for this infection, which is the most common vector-borne illness in North America.

This study of 16 Lyme patients (six males and ten females) was conducted by Garth L. Nicolson, PhD, Rita Ellithorpe, MD, and Robert Setterini, MS. Patients had all been ill for an average of over 12 years, had a multi-symptom chronic condition characterised by unrelenting fatigue, joint and muscle pain, muscle aches, and memory impairment. An oral supplement containing a mixture of glycophospholipids with NADH and CoQ10 was prescribed, in doses of five capsules in the morning and five capsules in the evening. The membrane phospholipids of the mixture are essential components of the mitochondrial inner membrane that are easily damaged by oxidation, resulting in loss of electron transport function. In other studies, Lipid Replacement Therapy (LRT®) was shown to improve mitochondrial function.2, 3

Intractable fatigue was monitored at 0, 7, 30 and 60 days using a validated instrument, the Piper Fatigue Scale. By the end of eight weeks, there was an overall 26% reduction in fatigue. Patients also experienced significant improvement in well-being, mood, and the ability to complete tasks.

The results in this study followed closely another recent study in the June 2012 issue of the International Journal of Clinical Medicine using the same supplement mixture on 58 patients with Chronic Fatigue Syndrome, Fibromyalgia Syndrome, Gulf War Illness and 17 additional patients with Chronic Lyme Disease.4 These patients had been symptomatic for an average of over 17 years with intractable fatigue, had seen an average of over 15 physicians and had taken an average of over 35 drugs and supplements without resolution of their fatigue. After 60 days on the glycophosphlipid supplement, the participants in the study showed an overall 31% reduction in fatigue that was statistically highly significant. There were no adverse events found in these two clinical trials.