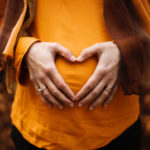 Passé? Or Something to Consider?

Nowadays, with any mention of digestive symptoms of constipation, diarrhoea, gas, or bloating, and a history of antibiotic or proton-pump inhibitor use, one of the first things most integrative healthcare practitioners will consider in the differential diagnosis list is gastrointestinal dysbiosis with testing for small intestinal bacterial overgrowth (SIBO).[1] SIBO has a lot of hype—and how can it not, with so many conferences, practitioners, and clinics focused on its treatment? Given that the lactulose breath test (LBT), commonly used for the diagnosis of SIBO, has a low sensitivity and frequently gives false-positive results (although sensitivity can be improved via three-hour methane and hydrogen testing), it can be overused for the ease of diagnosing, well, something.[2],[3]

Fortunately, for many diagnosed with SIBO, symptoms do improve with a combination of dietary modification, digestive support (supplemental hydrochloric acid, enzymes, and/or ox bile), and antibiotics and/or herbal antimicrobials—and, in those with constipation, support for normal motility. However, in some patients, SIBO is seemingly resistant to treatment, even after many cycles of otherwise effective therapies. In this population, it is imperative that we consider other factors that may coexist leading to the symptomology that we often ascribe to SIBO.

Many of the factors that contribute to SIBO are also well-documented to contribute to candida colonization. Although we medically recognize an overgrowth of candida on the skin, vulvovaginal tissues, oral cavity, and numerous other locations as an indication for treatment, medical guidelines state that the presence of Candida spp. is normal in the gastrointestinal (GI) tract, and does not warrant treatment,[4] even though multiple studies have shown higher faecal levels of candida in conditions such as antibiotic-associated diarrhea.[5],[6] In the gut, candida colonisation also is associated with constipation,[10] Increased faecal candida counts have been shown in patients with inflammatory bowel disease,8 and, in individuals with ulcerative colitis, the lack of treating these patients with an antifungal has been shown to be associated with an increased level of disease activity.[11]

Given this knowledge, is it really appropriate for us to neglect considering GI candida colonisation (and its treatment) completely, particularly in the presence of these often-chronic conditions? Much like the LBT for SIBO, testing is plagued by the lack of an absolute threshold at which treatment is indicated; however, there are tests that indicate the magnitude of overgrowth and candida viability (as indicated by culture), as well as sensitivity to different antifungal agents (both natural and pharmaceutical). Such tests give us a starting point for addressing candida colonisation—though, much like SIBO, many factors are necessary to consider for its successful resolution.

Because the presence of candida is normal, we must consider the factors that lead to its overgrowth when addressing treatment. If we only use hard-hitting antifungals to eradicate candida, it will likely return in full force because we haven’t addressed the terrain that leads to colonisation to begin with. Immune system function. Below is a list of considerations for candida overgrowth and data supporting its use as a therapy:

Clearly, a wide array of nutritional tools exist that may help to reduce candida colonisation and improve the body’s resistance to recurrent infection. Although not clinically “diagnosable,” gastrointestinal candida overgrowth, much like other states of dysbiosis, can be a factor in many chronic conditions and may be improved with natural treatments.

[2] Rezaie A, et al. Hydrogen and Methane-Based Breath Testing in Gastrointestinal Disorders: The North American Consensus. Am J Gastroenterol. 2017 May;112(5):775-84.

[9] Zwolińska-Wcisło M, et al. [Studies on the influence of Candida fungal colonization on the healing process of inflammatory lesions in the colon in rat animal model]. Przegl Lek. 2007;64(3):124-9.

Previous Post
Are You Nitric Oxide Deficient? Part 2 of 2
Next Post
Bile Acids: Their Role in Gut Health Beyond Fat Digestion