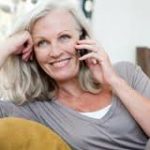 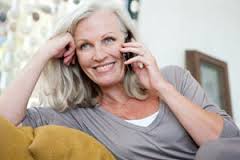 This article first appeared in the Townsend Letter: Dr. Todd A. Born is a naturopathic doctor, co-owner and medical director of Born Naturopathic Associates, Inc., in Alameda, California.  Dr. Born is the Product Manager, Head of New Product Development, Scientific Advisor for Allergy Research Group, LLC and is Editor in Chief of their science Focus Newsletter.  He is a Thought Leader for the UK-based Clinical Education, a free peer-to-peer service that offers clinicians a closed forum to ask clinical questions and receive evidence-based responses by experts in their fields.

You run some blood chemistries and everything is unremarkable besides decreasing estrogen and progesterone, with an increase in FSH. This woman clearly is in the throes of perimenopause. She’s hesitant to start hormone or biological hormone replacement therapy because of what she has heard and read online about side effects and risks of prolonged hormone replacement.

You begin to comb the rolodex of treatment options that actually work, have a very low side effect profile and minimal, if any long term risks, but you can’t think of any that work quite as well as hormones.

The average onset of perimenopause in the United States is at the age of 47.5 years. The average duration of perimenopause is 4 years, with the median age of 12 months of amenorrhea occurring at 51.4 years of age.[i] An article in February 2015 in JAMA, looking at 3302 women showed that vasomotor symptoms lasted for more than 7 years in more than half the women, and persisted for 4.5 years after the final menstrual period.[ii]

The long-term consequences of estrogen deficiency include osteopenia/osteoporosis,[iv] dementia (but only in those that have artificially induced premature menopause)[v], dyslipidemia[vi],[vii] and cardiovascular diseases.[viii],[ix]

Although the evidence varies for the risks of prolonged (>5 years) use of hormone replacement therapy (HRT), at this time the preponderance of data indicates that HRT, particularly unopposed oestrogens, should not be used long term.[x] The risks and consequences include, endometrial hyperplasia, coronary heart disease (CHD), stroke, venous thromboembolism (VTE) and breast cancer.[xi],[xii]

There is a major misconception amongst many health care providers and the general public that bio-identical hormone replacement therapy (BHRT) is safer than HRT. Albeit this makes sense logically, particularly to integrative healthcare practitioners, in that one would want to use a hormone with the same molecular structure as a hormone that is endogenously produced, versus one that is completely synthetic, but both carry similar risk profiles, [xiii],[xiv],[xv],[xvi] except for medroxyprogesterone acetate (MPA). It is believed that MPA increases the risk of breast cancer,[xvii],[xviii] while this has not yet been seen in bio-identical use of progesterone.[xix]

More and more clinicians, as well as more and more patients, are looking into safe and effective alternatives as a first line intervention to alleviate menopausal symptoms. Let’s take a look at what natural agents have some of the strongest human efficacy, while also carrying a strong safety profile, even in the long term.

The variability of what women will experience through the menopausal transition is vast, but given that most experience at least one of the aforementioned symptoms, with an average duration of 4 years, it makes sense that we have a duty as clinicians to alleviate their symptoms as much as possible, as safely and effectively as possible. One can see that this can be done without going straight to hormone replacement therapies, although this intervention may be needed for certain individuals.

We have a responsibility to use tools in our toolbox that work and have human data to support efficacy. Here, I have shown that these natural therapeutics do exist.

[xix] Moskowitz D. A comprehensive review of the safety and efficacy of bioidentical hormones for the management of menopause and related health risks. Altern Med Rev. 2006 Sep;11(3):208-23.

Previous Post
Compelling Vignettes in the Use of Garum Amoricum
Next Post
Vaginal Seeding – Yes its Real and Possibly You are Considering it?