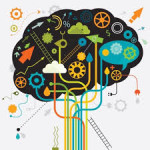 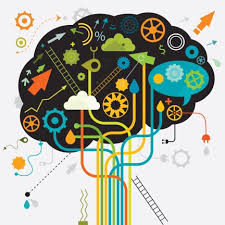 Antony Haynes BA(Hons) RNT undertakes a review of NeuroBiogenic Amines from a nutritional perspective. If you would like to listen rather than read, do visit the associated podcast here

This is a brief review of NeuroBiogenic Amines (NBA). The aim is to introduce you the names of the most important NBAs and describe briefly the functions that they have.

Next, the intention is to share with you information about a new lab test for them and lastly, & of utmost relevance to Nutritional Therapists, it will be described how one might then use nutritional intervention to support a balance of these all important brain chemicals and thereby have a significant impact on a person’s health & well-being.

So what is a Neuro-Biogenic Amine?

A neuro-biogenic amine is a molecule (chemical) that carries a signal between nerve cells. It is, in fact, another way of describing a neurotransmitter, and whilst all neurotransmitters are neurobiogenic amines, NBAs extend to downstream metabolites as well. NBAs can be measured in the lab, which we’ll get onto in a minute or two.

Examples of NBAs include these:

The essential functions of these NBAs are as follows:

GABA (gamma-amino-butyric acid) – is an inhibitory or calming neurotransmitter / NBA – and in this instance it is too low a level that is most often the issue. This low level of GABA is associated with or found in: Anxiety, Depression, Panic attacks, Poor attention & focus, the Feeling of being stressed / pressured / overwhelmed, and low stress tolerance.

Dopamine – is an excitatory neurotransmitter / NBA – with too low a level being associated or found in: Inability to concentrate, Poor attention & poor attention to detail, Poor memory, Reduced ability to feel pleasure, feeling flat, bored, apathetic and low enthusiasm, having low drive and motivation, being restless and impatient as well as crave uppers (e.g. caffeine/nicotine/diet soft drinks) & being prone to addictions (e.g. alcohol, cigarettes)/addictive personality.

Serotonin – is well known for its mood supportive effects. Too low a level has been associated with depression, anxiety, having insomnia or sleep problems, being nervous, having a poor response to stress, being negative or pessimistic, feeling irritable, impatient or edgy, tending to think about the same things over & over again, having low self esteem, feeling worse in the dark weather, suffering from chronic inflammation or pain can lower serotonin levels, & having PMS could be linked to low levels.

Noradrenaline – an adrenal hormone and also a neurotransmitter. Too low a level is most often the issue, being associated with depression, anxiety, panic attacks but also general fatigue and lack of get up and go.

Adrenaline – a powerful adrenal hormone that is intimately engaged in the acute stress response. Typically it is too low a level that is the issue, resulting in less than ideal energy, feeling suddenly worn out after exposure to some stress, lack of clear thinking. At too high levels, over time, adrenaline can cause some mental disorders.

Acetylcholine – facilitates communication between neurons and mediates release of other neurotransmitters. Its function is critical for cognitive processing, memory, arousal, and attention. Diminished acetylcholine correlates with severity of cognitive dysfunction. As such low levels can be associated with poor concentration, poor memory, difficulty remembering names and faces after meeting people, trouble understanding spoken or written language, forgetting where you put things (e.g. keys), having slowed and/or confused thinking and making simple mistakes at work.

All of these are derived from nutrients from our everyday diet, and just as with any nutrient and combined with individual metabolic needs, there can readily be imbalances that need correcting in order to achieve balance.

Glutamate – glutamine is the amino acid precursor for glutamate, but it is not directly upregulated on consumption of glutamine. MSG – monosodiumglutamate is well known for disrupting glutamate levels.

GABA (gamma-amino-butyric acid) – the precursor is GABA, although there is information which is suggestive that when taken orally, it cannot cross the blood brain barrier (BBB) but because there are GABA receptors in the peripheral nervous system, oral GABA can still result in a calming of the whole nervous system. L-theanine may support against low GABA levels. Taurine is a precursor of GABA.

Dopamine – tyrosine is its precursor.

Serotonin – l-tryptophan & 5HTP are its precursors.

Noradrenaline – tyrosine is its precursor

Adrenaline – this is a downstream metabolite of noradrenaline and therefore tyrosine is its precursor.

Acetylcholine – a special form of choline that crosses the BBB[i], CDP choline can support against low levels. CDP-choline stands for cytidine-5’-diphosphate choline, and has been shown to improve memory & cognitive functioning[ii].

There is a neurotransmitter receptor of vital functioning, called the N-methyl-D-aspartate receptor (also known as the NMDA receptor or NMDAR). It is a glutamate receptor and ion channel protein found in nerve cells.

It is activated when glutamate and glycine (or D-serine) bind to it, and when activated it allows positively charged ions to flow through the cell membrane[iii].

The NMDA receptor is very important for controlling synaptic plasticity and memory function[iv].

The NMDA receptor can be modulated with specific nutritional intervention, and thereby also be influential on patient outcomes in terms of mental and cognitive health.

For example, N-acetyl-Cysteine (NAC) inhibits the NMDA – it is a natural NMDA receptor antagonist – thereby preventing an excess of excitatory effects from higher than ideal glutamate levels[v],[vi]. Magnesium is another inhibitor of the NMDA receptor – it blocks NMDA voltage gated receptors reducing excitatory post synaptic receptors[vii].

Although the direct activity of the NMDA receptor is not measured in the urine test that is about to be discussed, it can certainly be reflected by the results, and as a consequence, specific nutritional intervention can be instigated.

Doctor’s Data (Chicago) have a relatively newly available urine test that assesses for NBAs, their precursors and intermediary metabolites and their final excretion products. This test offers essential insight into what imbalances exist in the network of NBAs that play such a vital role in determining how we feel.

The Comprehensive NBA Test assesses for 19 analytes, including the neurotransmitters referred to earlier in this review.

Urinary neuro-biogenic amines may serve as biomarkers for neurotransmitter status, which may be used in both in patient assessment and to monitor the results of therapy.

Whilst a detailed case history and targeted questionnaires can help give perhaps more than a rough idea about what neurotransmitters require tempering, increasing or decreasing within a patient, this NBA Urine Test makes it possible to pinpoint with more accuracy what requires modulating.

Undoubtedly, lifestyle factors, stress management, sleep quality & quantity, exercise and overall nutritional status all have key roles in mental and cognitive health. However, with an increased knowledge of NBAs and their individual levels it becomes possible to make the most effective recommendations from a nutritional perspective.

Neurotransmitters and NBAs play a fundamental role in determining how we feel. With the worldwide incidence of depression being predicted to rise as the century progresses[viii], the importance of measuring NBAs and then improving their balance is not only of contemporary clinical relevance but, with regret, will prove to be ever more important in the future.