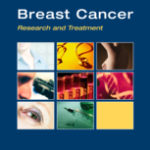 Multivitamins & Breast Cancer – Is It Too Little Rather Than Too Much?

Multivitamins have recently been flagged in a March 2010 American Journal of Clinical Nutrition article to raise the risk of developing breast cancer amongst a group of Swedish Women.[1] Naturally this paper sounds both alarming and contradictory and merits deeper investigation. Particularly as it is directly opposed by a paper out just 3 month previously in the Public Health Nutrition Journal when a group of nearly 3,000 women with breast cancer were compared to a similar number of controls in relation to the potential risk for breast cancer and multivitamins.[2] This study concluded:

The current study found no association between multivitamin supplement use and breast cancer risk in women.

Another study in the American Journal of Epidemiology May 2008 followed 37,920 women who were then assessed for Breast Cancer over the following 10 years and also analysed with regard to their multivitamin use.[3] This paper concludes:

A larger number of women in the Women’s Health Initiative (161,808) were also followed in a study that included the evaluation of breast cancer risk and concluded:

Multivariate-adjusted analyses revealed no association of multivitamin use with risk of cancer (hazard ratio [HR], 0.98, and 95% confidence interval [CI], 0.91-1.05 for breast cancer.

The Women’s Health Initiative study provided convincing evidence that multivitamin use has little or no influence on the risk of common cancers, CVD, or total mortality in postmenopausal women.

So what did the Swedish study really discover?:

35,329 women free of cancer were asked to complete a self administered questionnaire (this format is notoriously difficult to manage) for multivitamin intake and other breast cancer risk factors. Individual forms and sources of the nutrients were not discovered, but the authors concluded that due to the low availability of nutrients in Sweden that the doses were likely to be close to the RDA levels. (minimum dose therapy). Key compounding factors included the fact that the group taking the multivitamins and or minerals composed 25.5% and of these they were also most likely to have used contraceptive hormones and HRT. These two hormone sources are understood to provide an increased risk of breast cancer.[4],[5] Whilst the authors state that post menopausal hormones and multivitamins did not modify risk, it may be that difficulty in extracting the risk linked to later menarche in this groupas well as the higher HRT use confounded the outcomes.

Evidence collected over many years of research concludes that breast cancer risk is also increased, for example, in women with earlier menarche and later menopause. The second line of evidence relies on experimental animal data indicating that oestrogen and progesterone promote some types of mammary tumours. The third line of evidence derives from studies indicating that exogenous oestrogen’s and progesterone in hormonal contraceptives and menopause hormone treatment regimens increase breast cancer risk, whereas tamoxifen (an antagonist of the oestrogen receptor in breast tissue) reduces this risk. The fourth line of evidence involves analytic epidemiological studies, particularly cohort investigations that implicate various hormones and expression of hormone receptors in the risk of breast cancer.

The data collected suggested some nutrients such as folic acid were associated with increased risk and others such as calcium were linked to decrease risk. Of particular note was the low level of Vitamin D supplementation which is currently recognised as having an impact across all forms of mortality risk as doses in excess of 400ug per day as opposed to the 5-10ug indicated by this study.[6]

Whilst this study was not a cause and effect study, it has raised some concerns amongst practitioners and patients beacuse of the proposed 20% increase of oestrogen+/progesterone+ cancers unless they drank more than 10g of alcohol per day when there was an inverse relationship. The evidence published to date that multivitamins offer a protective effect against breast cancer has been variable, but quite consistent that it does not increase risk. This post explores the role of antioxidants in actually extending the life of cancer patients.

There has been a shift in the strategy from higher dose analysis to RDA dose in this study. The use of low dose, non specified forms of micro nutrients may well provide one of the most telling variants in the confidence interval. It is well recognised that 1 in 20 studies will mislead, and combined with inadequate doses of nutrients may have kicked up a con-founder. The scientist Bruce Ames has already postulated a compelling theory that micro nutrient deficiencies can contribute to DNA strand damage because of the triage effect. Suggesting that we need far more intake of nutrients than that provided by diet and low dose supplementation.

Dr Clayton investigated the diet of the mid Victorians, wrongly suspected of being poor in their food allocation. After careful retrospective analysis of dietary patterns and cancer incidence from this time period he suggests that the volume of nutrients required for the prevention of breast cancers and others are just not high enough in studies such as this. He says in mid Victorian England:

Men consumed 4,000-5,000 calories daily, women around 3,000 calories in 1850-1900, compared with an average of around 2,200 today. Yet obesity was virtually unknown except in the upper-middle and wealthier classes. In addition, they typically ate eight to ten portions of fruit and vegetables daily, in a diet that contained far higher levels of vitamins and minerals than occur in today’s nutrient-depleted, refined and processed foods. They also consumed less salt, sugar, alcohol and tobacco.Figures show that in the mid-Victorian period, cancers and heart disease were under 10 per cent of the levels we are experiencing today.[7],[8],[9]

What About Once Diagnosed

They go on to say: A few studies suggested that antioxidant supplements might decrease side effects associated with treatment, including vitamin E for hot flashes due to hormonal therapy and glutamine for oral mucositis during chemotherapy.

Another systematic review of randomised controlled trials of antioxidants on chemotherapeutic toxicity, a consequence of the pharmaceutical approach to cell eradication. Concluded:

This review provides the first systematically reviewed evidence that antioxidant supplementation during chemotherapy holds potential for reducing dose-limiting toxicities.[11] However, well-designed studies evaluating larger populations of patients given specific antioxidants defined by dose and schedule relative to chemotherapy are warranted.

One more study found that Since the 1970s, 280 peer-reviewed in vitro and in vivo studies, including 50 human studies involving 8,521 patients, 5,081 of whom were given nutrients, have consistently shown that non-prescription antioxidants and other nutrients do not interfere with therapeutic modalities for cancer.

Furthermore, they enhance the killing of therapeutic modalities for cancer, decrease their side effects, and protect normal tissue. In 15 human studies, 3,738 patients who took non-prescription antioxidants and other nutrients actually had increased survival.

The use of food supplements in addition to a diet rich in phytonutrients and fibre as well as other nutrient dense foods still represents a compelling combined strategy for health management. The role of specific nutrients in differing forms and doses is more difficult to qualify, but evidence against multivitamins may be constructed from too little intake rather than too much, and that the forms of the nutrients may also require further clarification. It appears that doses close to RDA in terms of Vitamin D and calcium are under significant scrutiny as being inadequate, and that apart from some synthetic supplements such as folic acid and vitamin A that other nutrients and forms may well be being consumed at too low a level, by as much as 2/3rds from our daily diet based on caloric intakes and that studies should look to do longer trials of higher doses.

[1] Larsson SC, Akesson A, Bergkvist L, & Wolk A (2010). Multivitamin use and breast cancer incidence in a prospective cohort of Swedish women. The American journal of clinical nutrition PMID: 20335555