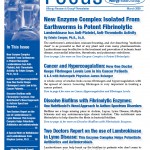 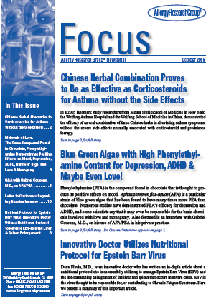 Phenylethylamine (PEA) is the compound found in chocolate that is thought to produce its positive effects on mood. Aphanizomenon flos-aquae (AFA) is a particular strain of blue green algae that has been found to have many times more PEA than chocolate. Numerous studies have demonstrated PEA’s efficacy for depression and ADHD, and some scientists say that it may even be responsible for the brain chemicals involved with love and monogamy.

AFA/PEA is a concentrated liquid blue green algae aphanizomenon flosaquae (AFA) that has been found to have very high levels of phenylethylamine (PEA). PEA is the same compound that is found in chocolate and thought to produce chocolate’s pleasurable effects on mood; however AFA/PEA contains many times more PEA than chocolate. Studies demonstrate phenylethylamine’s efficacy as an anti-depressant, and its effectiveness for ADHD, as well as being involved with “runner’s high” and even the chemicals responsible for romantic love.

Phenylethylamine is an alkaloid and a mono amine. In the human brain, it is believed to function as a neuromodulator or neurotransmitter. It has pharmacological properties similar to those of amphetamine. A colourless liquid that forms a solid carbonate salt with carbon dioxide upon exposure to air, phenylethylamine in nature is synthesized from the amino acid phenylalanine by enzymatic decarboxylation. It is also found in many foods, especially in chocolate. It has been suggested that phenylethylamine from chocolate in sufficient quantities may have psychoactive effects.

The phenylethylamine structure can also be found as part of a more complex ring of systems such as the ergoline system of LSD or the morphinan system of morphine.

Phenylethylamine is commonly referred to as the “Love Molecule.”

Researchers at Rush University and the Centre for Creative Development in Chicago conducted a study demonstrating PEA’s anti-depressant effects:

Phenylethylamine, an endogenous neuroamine, increases attention and activity in animals and has been shown to relieve depression in 60% of depressed patients. It has been proposed that PEA deficit may be the cause of a common form of depressive illness.

Fourteen patients with major depressive episodes that responded to PEA treatment (10-60 mg orally per day, with 10 mg/day selegiline to prevent rapid PEA destruction) were re-examined 20 to 50 weeks later. The antidepressant response had been maintained in 12 out of 14 patients.

Effective dosage did not change with time, and there were no apparent side effects. PEA produces sustained relief of depression in a significant number of patients, including some unresponsive to standard treatments. PEA improves mood as rapidly as amphetamine but does not produce tolerance.”[1]

In the book Natural Remedies for Depression by Donald Brown, N.D., Alan R. Gaby, M.D., and Ronald Reichert, N.D., the conversion of phenylalanine and tyrosine into PEA, and the use of PEA for depression are discussed: “L-phenylalanine, the naturally occurring form of phenylalanine, is converted in the body to L-tyrosine. D-phenylalanine, is metabolised to phenylethylamine, an amphetamine- like compound that occurs normally in the human brain and has been shown to have mood-elevating effects. Decreased urinary levels of PEA (suggesting a deficiency) have been found in some depressed patients. Although

The Chemicals of Love

PEA has been identified as one of the chemicals involved with love and monogamy. In a CNN report, Happily Ever After? It’s All In Your Head, Elina Fuhrmann reports that some scientists and psychologists say that love may be dependent on a cocktail of brain chemicals which may be associated with the success or failure of love relationships.

These chemicals, including dopamine, norepinephrine and phenylethylamine act on the limbic system, which is the emotional centre of the brain, and may be responsible for the feelings of euphoria and ecstasy experienced during new love. Scientists propose that these chemicals wear off after a few months to a few years and may explain why people fall out of love, or take couples to the place where real love begins.

Neurobiologists at Emory University in Atlanta, Georgia conducted an animal study injecting voles with oxytosin (the brain chemical involved with bonding and long-term attachment) and vasopressin, deemed “the monogamy gene.” By injecting the voles with these two chemicals, the scientists were able to cause them to bond and mate for life. Is there a love and monogamy pill in our future? If so, it may very well include significant amounts of PEA.

PEA is the same compound found in chocolate that is believed to produce chocolate’s positive effects on mood. The phenylethylamine in chocolate is believed to work by making the brain release b endorphin, an opioid peptide which is the driving force behind its pleasurable effects.

Exercise Found to Raise PEA Levels From the book review Is ‘Runners’ High’ a Cure for Depression? by Daniel DeNoon, reviewed By Charlotte Grayson (www.webmd.com):

“…phenylethylamine is a natural stimulant produced by the body. It is related to amphetamines but without the long lasting, potentially dangerous effects.”

A British research team reports early findings suggesting that moderate exercise increases PEA levels for most people. They argue that this increase causes the euphoric mood often called “runners’ high.” And because depressed people tend to have low PEA levels, the researchers say there now is an explanation of why exercise has a natural antidepressant action. Study author E. Ellen Billett, Ph.D., tells WebMD:

What we are trying to say is now there is more chemical evidence for why runners’ high occurs. We hope this information might give doctors more confidence in prescribing exercise for mild depression and as an adjunct to drug therapy.

The Nottingham Trent University research team studied 20 healthy young men.[2] The men had their PEA levels measured after one day of no exercise and after one day of moderate exercise (30 minutes on a treadmill at 70% of their maximum heart rate). All but 2 of the men had increased PEA levels 24 hours after their exercise. The amount of PEA increase varied from person to person. Interestingly, only 3 of the men rated the exercise as “hard,” and two of these men had the greatest increase in PEA. Hector Sabelli, MD, Ph.D., studied PEA while a professor at Chicago’s Rush University. Now Director of the Chicago Centre for Creative Development, Sabelli says that the new findings fit exactly with all of his own experiments.

What we have seen is that PEA metabolism is reduced in people who are depressed, Sabelli tells WebMD, “If you give PEA to people with depression, about 60% show an immediate recovery — very fast, a matter of half an hour.

So what about the natural substances called endorphins, which have previously been linked to runners’ high? Billett says that endorphins don’t penetrate the brain as easily as PEA does — so she thinks PEA may be the true basis for the good mood one gets from a workout. Sabelli is not so quick to rule out endorphins, however, and says that the natural compounds probably interact in various ways. “We think PEA is part of the reward of exercise,” Billett says, adding that it might be affecting other brain chemicals and that it is likely there are normal differences between individuals. “Some will respond to exercise, some won’t.”

Research Abstract from the Centre for Molecular Design in Beerse, Belgium:

…Despite its short half-life, phenylethylamine attracts attention as an endogenous amphetamine since it can potentiate catecholaminergic neurotransmission and induce striatal hyperreactivity.

Subnormal phenylethylamine levels have been linked to disorders such as attention deficit and depression; the use of selegiline (Deprenyl) in Parkinson’s disease may conceivably favour recovery from deficient dopaminergic neurotransmission by a monoamine oxidase-B inhibitory action that increases central phenylethylamine. Excess phenylethylamine has been invoked particularly in paranoid schizophrenia, in which it is thought to act as an endogenous amphetamine and, therefore, would be antagonized by neuroleptics. The importance of phenylethylamine in mental disorders is far from fully elucidated but the evolution of phenylethylamine concentrations in relation to symptoms remains a worthwhile investigation for individual psychotic patients.[3]

Note: Except for this theoretical concern, PEA is considered very safe and has been used by many with no problems. However, patients pre-disposed to schizophrenia or psychosis should not take supplemental PEA without medical supervision.

In a number of controlled studies, by measuring urinary excretion levels, PEA was found to be significantly lower in children with ADHD and LD (learning disability). A decreased level of PEA is considered to potentially play an important role for the pathogenesis of LD and ADHD. Beta-phenylethylamine (beta-PEA), a biogenic trace amine, acts as a neuromodulator in the nigrostriatal dopaminergic pathway and stimulates the release of dopamine.

Previous Post
Multivitamins & Breast Cancer – Is It Too Little Rather Than Too Much?
Next Post
Leaky Gut & Food Reactivity – What’s the Mechanism?