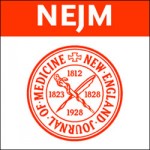 It will come as no surprise to practitioners and clinicians that something goes awry with our immune systems capacity for protection in the face of chronic stress. Ironically in short acute stress responses our immune system benefits from increase defence responses and allows most of us to present a more robust series of immune related decisions.

Back in the early 1990’s a team of researchers from the Carnegie Mellon University published a paper in the New England Journal of Medicine stating that psychological stress was associated in a dose-response manner with an increased risk of acute infectious respiratory illness, and that this risk was attributable to increased rates of infection, rather than to an increased frequency of symptoms post infection.[1]

A paper published 12 years later took a slightly different perspective, exploring the role of personality and emotional style rather than exposure to stress as a risk of infection (in this case the common cold).[2] They concluded the tendency to experience positive emotions was associated with greater resistance to objectively verifiable colds. A positive emotional state was also associated with reporting fewer unfounded symptoms and negative emotional state with reporting more.

A follow up paper that explored the immune response and emotional style noted that interleukin 6 (IL-6) was the mediating cytokine, stating that IL-6 acts as a biological mediator in linking emotional style to illness expression during rhinovirus infection.[3] Exploring this concept further, the same group then identified, that a loss of an individual’s normal positive effect had a greater impact than increasing a negative emotional response.[4]

So the paper published in the journal the proceedings of the national academy of sciences in April 2012 has simply added to these and many other papers that demonstrate a causal and correlative relationship between mental well-being, susceptibility and response to infection. The PNAS paper has been widely read and suggests that many scientists are increasingly interested in the stress immune hypothesis and the underlying molecular inflammation. The PNAS paper goes on to say that as inflammation plays such an important role in the onset and progression of a wide range of diseases this understanding has broad implication for understanding the role of stress in disease.

After 30 years of reading similar comments I do still wonder when the scientists will catch up with the rest of the human populations that have long seen or experienced the consequences of adverse health related to mood and stress. We are all different and sensitivity to stress will vary greatly from one person to another – but really is this news?