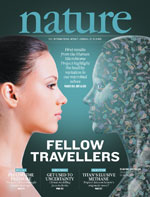 It is a global phenomenon – the increase in gastrointestinal inflammatory disease over the last 50 years, so fast is this occurring that genetic drift is very unlikely to be attributable as causal; but it is likely that changes in diet and lifestyle amongst the genetically susceptible act as triggering agents to induce aberrant immune responses that lead to inflammatory bowel disease and other systemic inflammatory illnesses.

In a fascinating study published in Nature on the 13th June in their letters section a group of researchers show how the inclusion of fats derived from milk, change the bacterial composition in the gastrointestinal tracts of mice promoting the development of colitis.[1]

This study shows that consumption of a diet high in saturated (milk-derived) fat results in the specific outgrowth of a low-abundance, sulphite-reducing pathobiont, Bilophila wadsworthia, in the gut.

This study indicates according to the researchers that the dependence of B. wadsworthia on diet-induced taurocholic acid (A crystalline acid involved in the emulsification of fats and occurring as a sodium salt in the bile of humans and other mammals) is an intriguing and possibly representative example of how certain gut microbes use bile to their advantage.

Bile formation is unique to vertebrates, providing the host with the ability to digest and utilise a far greater variety of dietary substrates. Bile also has potent antimicrobial properties that can contribute to the selection or exclusion of many potential gut microbiota.

However, several intestinal pathogens, including protozoa such as Giardia, Microsporidia and Cryptosporidia, and bacteria such as B. wadsworthia, H. hepaticus and Listeria monocytogenes, are not only bile-resistant, but highly favoured in the presence of bile, possibly through suppression of symbiotic, commensal microorganisms, allowing pathobionts and pathogens an opportunity to establish a niche in the intestine.[2]

Once established, the by-products of these bacteria, whether H2S (hydrogen sulphite) or secondary bile acids, can serve as gut mucosal ‘barrier breakers’ (leaky gut), allowing for increased immune-cell infiltration and thus acting synergistically with the bacterial antigen-specific immune response to induce tissue damage. In genetically susceptible hosts, this development has the capacity to tip a compensated state of immune balance in favour of chronic disease.

The incidence of loss of barrier integrity in the digestive tract as causal link between the gut and other tissues in which uncontrolled inflammation is a pathological mediator is being teased out through studies such as these. What makes this paper of particular interest is the relationship to a commonly consumed food and the likelihood of a causal link to IBD – making the considered exclusion of these triggering foods from susceptible individuals and those already diagnosed as a safe intervention with possible benefits.

As NTs we are aware that simply excluding a triggering food may not be adequate as the dysbiotic state may require additional interventions to restore symbiosis and reduce receptor induced hypersensitivity via inflammasome activation.

Importantly, the effects of a given diet on the host and on the gut microbiota are not always independent; in this study, diet-driven changes in the production of bile acids affected gut microbes that, in turn, triggered disease. This line of research could ultimately lead to dietary recommendations tailored to match the idiosyncrasies of each person’s gut microbiota. Although we may be years away from achieving this goal, we should at least consider the many intended and unintended consequences that our diet has on our microbial dinner guests.  – Peter J. Turnbaugh, Microbiology: Fat, bile and gut microbes. Nature 487, 47–48 (05 July 2012)