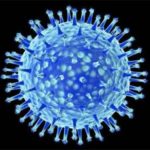 This is a review of the anti-viral properties of humic acid, an ancient soil-derived substance by Antony Haynes BA, RNT – prefer to listen? why not down load the podcast here.

In 1761Wallerius coined the term humin, referring to naturally-occurring, soil deposits of composted organic matter. HA, also referred to as humate, was probably used in Ayurvedic Medicine for thousands of years.

Dr Richard Laub, a chemist, and the major supplier of humic acid for human consumption told me that the first published study was in 1786 by A.K. Achard, when we met in May 2016. He is now 70 years old and has spent the last 20 years entirely dedicated to humic acid and distributing it to supplement companies.

Similar material, known as SHILAJIT, was referred to 3,000 years ago in Sanskrit.

However, in modern times, it took over 10 years of research to find a source of HA that could be extracted and at the same time maintain its efficacy. In fact, Dr Laub had to build his own testing equipment in order to be able to properly test humic acid.

Dr. Laub, a previous chemistry lecturer at Ohio State & San Diego Universities, tests each batch himself, and he showed me the pieces of chemistry equipment (HPLC, high pressure vacuum distillation, centrifuge and others) that he uses for this within his offices in Newport Beach, California.

The organic material is 50-100,000 yrs old and therefore varies in each part of the world, from Birmingham to South Africa to New Mexico. The best sources are from freshwater deposits and vegetation that lived around freshwater lakes or at the edge of marine environments. Dr. Laub told me that the effects of different sources of Humic Acid is hugely varied, and they are not the same at all. This is why he dedicated so much time to the ability to test for the key components of HA.

Any plant can be composted into HA, but the enormous variety of plant life means that each source of HA is unique.

Modern research has shown that humic acid contains a wide range of essential minerals and other vital nutrients necessary for human health. It has been studied many hundreds of times, and each year there are an ever-growing number of papers on its functions and effects. Interestingly, about 99% of the humic acid in the world is used in the oil industry as an oil drill bit lubricant, and even less than 1% of the humic acid is used for human consumption in the form of supplements.

The key mechanism of HA is that HA binds to viruses more strongly than our cells bind to them, and in this way helps to diminish the total viral load. This binding has been compared to a really really sticky piece of Velcro – and what is really going on is hydrogen bonding between electropositive atoms and electronegative atoms.

Humic acid binds so strongly to viruses that it can actually displace them from a cell surface. In vitro studies have shown, for example, that if you allow herpes simplex viruses to attach to host cells and then add humic acid to the solution, it will displace viruses from infected cell surfaces. That is, humic acid has a greater affinity for the virus than the virus does for the host cell. Thus, humic acid can actually displace a virus even after it has attached itself to the surface of a cell[i].

Humic Acid is first a preventative, because it interferes with a virus’ ability to attach to a host cell, penetrate the host cell, and reproduce itself. Scientific studies have demonstrated that if a host cell is penetrated before the introduction of the Humic Acid, the viral reproductive process within the host cell is not halted.

Humic Acid may work for most, if not all, viral infections[ii],[iii],[iv],[v],[vi],[vii].  Other studies are currently on-going throughout the world.

As an aside In addition to its anti-viral effects, recent research has shown that humic acid “showed significant stimulation on immune reactions, including suppression of cancer growth and inhibition of lipopolysaccharide-induced hepatotoxicity”[viii]. There is clearly more to learn about other attributes of humic acid.

Some facts about viruses & viral infections

Viral infections have toppled dynasties, changed the outcomes of wars and altered populations. In the 20th century, smallpox alone killed an estimated 300 million people. In the 16th & 17th centuries small pox killed the emperors of Japan and Burma as well as many kings and queens of Europe.

Whilst NTs & Naturopaths do not come face to face with patients with life-threatening viral infections, we do encounter patients with chronic and often hidden and therefore unknown viral infections. These may typically be a type of herpes infection or a hepatitis virus or a ‘flu virus or the shingles virus (Varicella Zoster). These may lead to fatigue conditions & auto-immune diseases. In fact, you may have patients you are seeing now that have hidden viral infections that have yet to be detected and yet are contributing to your patients’ conditions.

Viruses can also lead directly to cancers. Oncogenesis, the term used to describe the development of cancer, has long been associated with viruses.

It can be used with an active viral infection or taken prophylactically on a daily basis. The dose is not big, with 1 or 2 capsules (250 mg caps) twice a day being the typical dose and a maximum of 2 with each meal.

In my opinion, Humic Acid is a wonderful example of how the Earth has provided us with a natural remedy to address an ever-present threat in the form of viruses. With thorough processing to ensure suitability for human consumption, it is now available as a very safe and effective means to protect against viral infections.

Of further interest as a practitioner is the more recent research that supports the potential benefits of HA beyond just its anti-viral role.