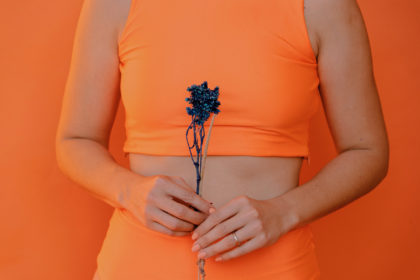 The remedies for gastrointestinal complaints are legion and stretch back far in human history. Ancient Chinese physicians prescribed anise for flatulence, while Dioscorides, chief physician for the Roman army, recommended garlic for parasites. Many are effective and stand the test of time, but contemporary scientific research on novel extracts offers up surprising new finds. The Asian plant, Perilla (Perilla frutescens) for example, offers valuable assistance in the management of functional gut problems.

Perilla extract is obtained from the leaves of the plant; these leaves are used fresh or dried as food in traditional medicine. Studied in depth for its ability to treat asthma and lung disorders, it turns out to be uniquely effective in treating common digestive disorders. New in vitro, ex vivo and human studies show that it is anti-spasmodic, anti-inflammatory, and enhances gastrointestinal motility. It may be an ideal remedy for irritable bowel syndrome, helping to reduce bloating, flatulence, abdominal pain, altered intestinal mobility, and transit time.

Studied in depth for its ability to treat asthma and lung disorders, Perilla turns out to be uniquely effective in treating common digestive disorders.

Gastrointestinal discomfort is commonly triggered by inappropriate ileum contractions. In a 2013 animal study, researchers from the University of  Münster in Germany discovered that Perilla leaves contain the compound Vicenin 2 which had not been described as a constituent for Perilla leaves before. According to the researchers: “Our intention was to develop a special Perilla leaf extract, which included the known constituents, like Apigenin or Luteolin as well as the newly discovered compound Vicenin 2.” The extract was standardised to these flavonoids, and then the anti-spasmodic effects of Perilla extract on the ileum were studied.[1]

Studied in depth for its ability to treat asthma and lung disorders, Perilla turns out to be uniquely effective in treating common digestive disorders.

The researchers tested standard Perilla extract, for the newly identified Vicenin 2, as well as the standard anti-spasmodics, atropine and papaverine. Contraction was induced by administering either acetylcholine or barium. Both the extract and Vicenin 2 had anti-spasmodic activity, both on muscles and on nerves. Though not as potent as known drugs such as atropine, the scientists concluded that the extract can be used to maintain and improve gut health.1

In other interesting research from 2012, Perilla was shown to have potent anti-inflammatory effects, which might help irritable bowel syndrome. The study looked at macrophages, which are abundant in the gastrointestinal tract and play an important role in inflammatory disease by generating reactive oxygen species (ROS) and inflammatory cytokines. Antioxidant enzyme activity increased in macrophages that were administered Perilla, while reactive oxygen species decreased. The extract suppressed nitric oxide production, and inhibited all pro-inflammatory cytokines studied.[2]

Finally, in an innovative double-blind, placebo-controlled human clinical trial, 80% of subjects reported substantial relief from occasional gastrointestinal discomfort after using Perilla extract.3 Specifically, fifty healthy individuals aged 30-70 who suffered gastrointestinal discomfort and reduced bowel movements were studied. They documented their GI symptoms for two weeks, then were given either Perilla extract or placebo for four weeks. All GI symptoms, including bloating, rumbling, fullness and abdominal discomfort, significantly improved on Perilla, while in the placebo group only abdominal discomfort was significantly improved. Physicians are looking for alternative therapies, conclude the researchers, to benefit the many individuals who suffer from GI discomfort or GI diseases. “The demonstrated effects of Perilla frutescens extract to improve GI complaints offer very promising results, taking into consideration the challenging set up of a nutritional human study with healthy subjects and in the area of digestive health, which is known for high placebo effects.”[3]

Traditional care for functional bowel problems, recognized over thousands of years to aid and resolve GI complaints, are increasingly found to be validated by research and increase their effect through synergistic ingestion.

The gastrointestinal tract has a remarkable array of specialized receptors that have evolved with us to respond to problematic as well as beneficial triggers, thus becoming an environmental interpretative organ. This presents opportunities as well as risks in the specific selection of foods and other ingested antigens. However, it is increasingly clear that some food concentrates such as papaya, bromelain,[4] and chlorophyll add value to enzymatic and detoxification processes, as well as soothe the mucosal immune system,[5] while spices and herbs such as fennel,[6] oregano, ginger, and cayenne offer functional advantages.[7] Less well known as a mucilaginous agent is modified citrus pectin, which aids in elimination through the generation of the vital mucins that coat the gastrointestinal tract.[8]

Tagged under: Benegut, detoxification, IBS, inflammation, Nutrigut, Perilla
TOP
We use cookies and similar tools across our websites to improve their performance and enhance your user experience. I understand Learn more
Privacy & Cookies Policy