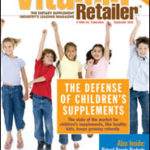 Are Sea Vegetables the Cure for the Iodine Deficiency Epidemic? 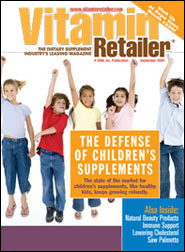 Although most of us believe we are not deficient in iodine since the fortification of salt with iodine, the fact is most people are deficient and don’t know it. Due to changes in food intake, eating patterns and food production methods, iodine intake has been decreasing in the U.S. since the early 70’s. Even worse, we are exposed to increasing levels of environmental toxins that either block the absorption of iodine or block its actions in the body.

According to the National Health and Nutrition Survey (NHANES), 24-hour urine levels of iodine have decreased from average levels of 320 mcg/L during 1971-1974 to 165 mcg/L in 2001-2002 – a drop of almost 50%.1,2 NHANES (2003-2004) found a urinary iodine level of <50 mcg/L in 12% of the U.S. population, indicating severe deficiency (<100 mcg/L is indicative of deficiency).3 Iodine levels in the breast milk of nursing mothers in Boston showed that only 47% contained sufficient amounts of iodine to meet infant requirements.4 This dramatic drop in iodine intake is made worse by an increasing level of iodine uptake inhibitors – perchlorate, nitrate, and thiocyanate – in the food supply and environment.

Why has this happened?

Iodised salt is very effective in normalising iodine intake. The problem is we eat less iodised salt. This has occurred for 2 reasons: first, we’ve all been told to decrease salt intake because excess consumption can elevate blood pressure. However, the more important cause is that almost everyone now eats more processed foods and meals at restaurants—most of these do not use iodised salt! This is made worse by the fact that the iodised salt sold for home use often contains less iodine than stated on the label and two other good sources of iodine, bread and milk products, now contain very little due to changes in how they are produced.

Dairy products used to contain a significant amount of iodine since it was used to disinfect cow udders and dairy processing equipment. Now, however, antibiotics and other methods are used instead. In addition, less iodine is used in feed supplements. With these changes, the average iodine content of U.S. whole cow’s milk had decreased from 602 mcg/L in 1978 to 155 mcg/L in 1990. A 2002 study found as little as 88 mcg/L, less than 15% of those measured in 1978.5 This is worsened by the substitution of soft drinks for milk by children, adolescents and adults so we drink less milk which has less iodine.6,7,8

Another significant source of iodine in the past was bread since iodate-based bread conditioners were used to prolong shelf life. Today, most commercial bakeries are using bromate-based conditioners instead.

Iodised salt may have less than we think because it evaporates over time from salt containers and shakers.9 The rate of evaporation is increased by humidity and heat. In the summer in humid areas of the country, the half life of iodine in salt can be as little as one week! Many in the natural products field use sea salt as a supposed better alternative to regular salt. Unfortunately, it is not iodised.

What happens when iodine levels are too low?

Everyone is aware that iodine is required to produce thyroid hormones, so if levels are too low people suffer hypothyroidism. This is one reason the incidence of clinical and subclinical hypothyroidism affects 10-15% of the population, especially women. Probably more prevalent are the other problems found in people with low to marginal levels of iodine. It is well known that low iodine levels in fetuses and children leads to impaired mental development and research has now shown an increased incidence of fibrocystic breast disease and breast cancer.10,11 Some research has also shown that iodine deficiency may contribute to obesity, attention deficit hyperactivity disorder (ADHD), psychiatric disorders, and fibromyalgia.

Are sea vegetables a good source of iodine?

Although sea vegetables, i.e., seaweed, are common in many traditional diets – especially the Japanese, they are not commonly consumed in the U.S. Most people think of sea vegetables as a food source for iodine. Some are, but many aren’t, and you have to eat more than just a few sprinkles. Also, some may be contaminated with toxic metals.

As the table below shows, the amount of iodine in seaweed varies greatly.12

Iodine deficiency is a common and growing problem in North America. Fortunately, eating enough of the right kind of seaweed will replenish iodine supplies.

Dr. Joe Pizzorno is the founding president of Bastyr University and editor-in-chief of Integrative Medicine, A Clinician’s Journal. He is the co-author of seven books including the internationally acclaimed Textbook of Natural Medicine and the Encyclopedia of Natural Medicine, which has sold over a million copies and been translated into six languages.

Previous Post
Lactobacillus GG: A Potent Immune Regulator Effective in Many Disorders
Next Post
Blastocystis hominis. Is It Really A Problem?