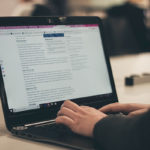 Comment: The enzyme, coded for by the MEP1A gene, is a zinc-containing metalloprotease called meprin, and is abundant in the intestine. A protease is an enzyme that breaks down proteins in the body. he researchers concluded that a particular defect in the MEP1A gene is an indicator of vulnerability to IBD, particularly ulcerative colitis. The association of the meprin gene with Crohn’s disease remains to be characterised but disruption of the meprin gene affects the severity of both ulcerative colitis and Crohn’s disease. There’s the possibility of predicting who will be susceptible to IBD, and diagnosing the disease with this information. Possibly increasing meprin production, or replacing it with an equivalent proteolytic enzyme, provides therapeutic possibilities.