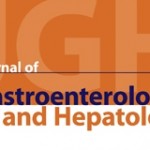 Crohn’s and Ulcerative colitis are understood to have a number of genetic related risks, but increasingly scientists are having to accept that our double helix does not predict our health risks except in a few single gene diseases such as cystic fibrosis, the haemoglobinopathies. In fact the enormous endeavours and resources spent pursuing this elucidation have produced surprisingly modest practical benefits.

Even when dozens of genes have been linked to a trait, both the individual and cumulative effects are surprisingly small and nowhere near enough to explain earlier estimates of heritability.[1]

The recent discovery by a New Zealand group that there are a number of childhood factors associated with the development of Inflammatory Bowel Disease, further supports the concept that environment – in this case during childhood plays an important role in modulating the risk for developing these conditions. The rising incidence of these diseases over the last 50 years also supports the role of environment, as genes take many hundreds of years to change.[2]

This study looked at environmental exposure using a self administered questionnaire in 638 people with Crohn’s, 653 with Ulcerative Colitis and 600 gender and age matched healthy controls, all from Canterbury New Zealand.

The hygiene hypothesis continues to produce strands of credible associations between environmental exposures and gastrointestinal ecology. As western societies reduce exposure to helminths, and bacteria some of the essential microbial manipulation of the mucosal immune system is lost, allowing the development of inflammation related diseases. These in turn press on genes to express latent health risks.