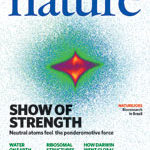 Insoluble dietary fibre, or roughage, not only keeps you regular, say the Australian scientists, it also plays a vital role in the immune system, keeping certain diseases at bay.

The indigestible part of all plant-based foods pushes its way through most of the digestive tract unchanged, acting as a kind of internal broom. When it arrives in the colon, bacteria convert it to energy and compounds known as ‘short chain fatty acids’. These are already known to alleviate the symptoms of colitis, an inflammatory gut condition.[1]

Commensal bacteria and vertebrate immune systems form a symbiotic relationship and have co-evolved such that proper immune development and function relies on colonisation of the gastrointestinal tract by commensal bacteria.[3],[4]

Similarly, probiotics and prebiotics, food supplements that affect the balance of gut bacteria, reduce the symptoms of asthma and rheumatoid arthritis, also inflammatory diseases. This study provides an elegant explanation of one of the reasons why.

The researchers demonstrated that the G-protein-coupled receptor 43 (GPR43), a molecule expressed by immune cells and previously shown to bind short chain fatty acids, functions as a powerful anti-inflammatory receptor.

The notion that diet might have profound effects on immune responses or inflammatory diseases has never been taken that seriously, said Professor Mackay. We believe that changes in diet, associated with western lifestyles, contribute to the increasing incidences of asthma, Type 1 diabetes and other autoimmune diseases. Now we have a new molecular mechanism that might explain how diet is affecting our immune systems.

We’re also now beginning to understand that from the moment you’re born, it’s incredibly important to be colonised by the right kinds of gut bacteria. The kinds of foods you eat directly determine the levels of certain bacteria in your gut.

The conclusions drawn from the current research provide some of the most compelling reasons yet for eating considerably more unprocessed whole foods – fruits, vegetables, grains, nuts and seeds.

Dietary fibre, of course, has many known health benefits in addition to those discussed above, including reduced risk of cardiovascular disease and certain cancers, and various health authorities around the world recommend daily minimum levels.  It is certain that the majority of people in countries like Australia, the United States and Britain eat much less fibre than they need to stay healthy.

The role of nutrition and gut intestinal bacteria in immune responses is an exciting new topic in immunology, and recent findings including these open up new possibilities to explore causes as well as new treatments for inflammatory diseases such as asthma, diabetes, cancer and other conditions associated with altered immune driven inflammation.

An altered composition of the gut microbiota, brought on by western diet, or by use of antibiotics, has been suggested as a reason for the increased incidence of allergies and asthma in humans.[5]

SCFA–GPR43 interactions could represent a central mechanism to account for affects of diet, prebiotics and probiotics on immune responses, and may represent new avenues for understanding and potentially manipulating immune responses.