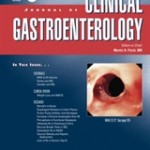 Diagnostic criteria are the presence, for at least 12 weeks, that need not be consecutive, in the preceding 12 months of;

The Role of Probiotics in Reducing Bloating[2]

A therapeutic approach to functional abdominal bloating is represented by the administration of probiotics to modify the composition of colonic flora and thus the production of intestinal gas. The question is, which probiotic should I use? Among the many different strains available, Lactobacillus rhamnosus of the GG strain (LGG) was shown to attach to intestinal cells, to colonise the human intestinal tract, to be acid and bile resistant, and to produce antimicrobial substances.[3]

A clinical trial studied the effect of LGG in patients affected by functional abdominal bloating in a double-blind, randomised, crossover protocol.[4] Nineteen patients according to Rome II criteria underwent two courses of therapy with LGG or placebo, with a 10-day interval. Hydrogen breath test after the administration of 12 g lactulose and a visual analog line were performed to evaluate intestinal gas production capacity and severity of symptoms.

As far as bloating was concerned, the administration of both LGG and placebo induced a significant reduction of symptom severity with respect to basal values, with the improvement after LGG treatment being significantly higher than that induced by placebo.

Take 1-3 LGG in divided doses with food for at least 4-6 weeks or until bloating has been resolved.