Coeliac disease is one of the most common chronic diseases encountered in the Western world with a serological prevalence of approximately 1%.[1]

Yet the numbers of people estimated to have diagnosable coeliac disease in the UK but have yet to be identified against those that have been diagnosed is a remarkable 8:1.[2]

Numerous related conditions have been attributed to this diagnosis and it is likely that there frequency and causal association will continue to be reviewed and altered accordingly. Some of the related conditions are indicated below.

Autoimmune diseases constitute clinically important associations, of which Type 1 diabetes mellitus[3] and thyroid disorders are the most important.[4] Addison’s disease[5] and psoriasis[6] are also increased in frequency when the patient has coeliac.

Several liver disorders, including primary biliary cirrhosis and primary sclerosing cholangitis, are also associated.[7] Ischaemic heart disease and cerebrovascular disease risk increases with coeliac disease.[8] The frequency of malignant complications of coeliac disease appears to be much lower than earlier studies have indicated, with lymphoma increased by approximately five-fold and the absolute number of tumours is small.[9]

The increase in fracture risk in coeliac disease exists but is only modest. [10]

Although neurological and psychiatric conditions affect coeliac patients, no disorder specifically associated with coeliac disease has been identified. [11] The most commonly reported ones are epilepsy, depression and migraine.

Reproductive problems have been over exaggerated albeit that there remains a relationship between coeliac, infertility, miscarriage and lowered birth weight.[12]

It is important that these co-morbidities are recognised because if not, symptoms will be falsely attributed to deliberate or inadvertent ingestion of gluten, rather than prompt a search for a second diagnosis. Furthermore, in a patient with an established diagnosis that is considered falsely to account for the whole clinical picture, coeliac disease is likely to remain undetected.

So, we can see that many systems of the body outside of the GI tract have been identified as ‘target organs’ for auto-immune response to wheat / gluten ingestion in sensitive individuals with varied and unrelated conditions.

To summarise and to highlight some of the clinical pearls that Dr O’Bryan will be covering in his 5th March 2011 lecture:

Gluten Sensitivity and CD may be a contributory cause to these conditions, in which it is the only presenting complaint:

1.      Recognise the history and incident frequency of Gluten Sensitivity & CD.

2.      Recognise the likelihood of Gluten Sensitivity and CD being associated with various extra-intestinal manifestations.

3.      Become familiar with the differential diagnosis of CD and Gluten Sensitivity through saliva, stool and serology results, with in-office examination clues.

4.      Become familiar with the effectiveness of treatment for conditions associated with Gluten Sensitivity and CD in its different stages (Acute, Chronic & Rebuilding of damaged Tissue).

5.      Learn about NEW testing and follow up monitoring of Gluten Sensitivity and CD.

Advances in our understanding of the pathogenic interactions between genetic, immunological and environmental factors involved in coeliac disease have provided us with promising explanations for the geographical variation, familial risk and sexual bias witnessed in coeliac disease. Universal awareness that nonstereotypical coeliac disease in all ages is on the rise and that the spectrum of associated risk is wider than first thought has refuelled the debate on the need for screening those individuals that are at ‘high risk’. 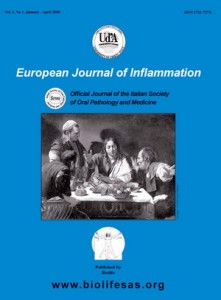