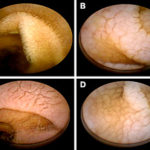 Researchers from the USA, Europe and other research centres are suggesting that Coeliac Disease has increased up to 4 x in the last 30 years.

They suggest that as much as 1% of the adult and child populations may have CD, and as we know there are many others that have yet to have the disease diagnosed, but experience problems with gluten and are diagnosed as being intolerant or sensitive.

Let’s be clear about what gluten intolerance is. ‘It isn’t a food allergy’. It’s a physical condition in your gut. Basically, undigested gluten proteins (prevalent in wheat and other grains) lurk around your intestines and are regarded by your body as a foreign invader, irritating your gut and flattening the essential microvilli along the small intestine wall. This reduces the surface area available to absorb the nutrients from your food. This can result in symptoms of malabsorption, including chronic fatigue, neurological disorders, nutrient deficiencies, anaemia, nausea, skin rashes, depression, and more.

Whilst there are better screening techniques today than there were in the 1980’s, we must also recognise that there are many other factors at work here, one of which is the changing levels of gluten in grains from hybridisation techniques.

Researchers analysed stored blood samples, taken from Air Force recruits in the early 1950s, for gluten antibodies. They assumed that 1% would be positive, mirroring today’s rate. That assumption was wrong — the number of positive results was far smaller, indicating that CD was “rare”.

“This tells us that whatever has happened with CD has happened since 1950,” Dr. Murray said. “This increase has affected young and old people. It suggests something has happened in a pervasive fashion from the environmental perspective,” he added.

The condition of latent CD or “gluten sensitivity” was described in the  Journal of the American Medical Association as having normal small intestinal mucosa but positive CD serology and is something that is estimated to occur in at least 1 in 1000 individuals.[2]

Dr. Ludvigsson’s team has also reported evidence that in 1 year, 10 of 1000 individuals with CD will die compared with an expected 7 in 1000 without the disease. He said:

The onset of certain autoimmune disorders including autoimmune liver disease, thyroid disease, type 1 diabetes, and Addison’s disease can actually be attributed to CD and means these patients should be assessed.

I wrote a post on this called what is the Best Test for Coeliac Disease in May 2010.

Alternatives to the Gluten-Free Diet?

The gluten-free diet remains the cornerstone of treatment for CD. However, another potential treatment strategy is to ingest enzymes that digest gluten, thereby increasing the safe threshold for gluten intake. Enzymes such as those found in the supplement ‘Glutengest’.

As some ‘gluten free’ foods seem to be carriers of gluten; grains like rice, oats and millet do not normally contain gluten, but the authors learned that some of those products did have trace amounts of the protein, most likely from being grown or processed near grains like wheat that do have it.[3]

A careful assessment of a person’s diet – for life, means that careful assessments need to take place regularly to ensure the best possible clinical management. It is not good enough to simply say – right avoid gluten from here on – goodbye!