So the pursuit of sex drugs and rock and roll may have a neurological connectivity that sees the release of our mood enhancing neurotransmitter – Dopamine as the chemical of every young man’s fantasy – or at least contemporary culture would have us believe this.

As you might imagine the role of music in societies around the world has evolved on more than Simon Cowell’s influence and reflects a communal experience that scientists now feel they can at least in part explain the reasons why – albeit that there are many forms of music that I find personally incapable of inducing any sense of anticipation that does not include images of the performer bound and gagged!

A recent paper published in PLOS explored the effects of music on humans by looking at indicators of emotional arousal including: changes in heart rate, respiration, electrodermal activity, body temperature, and blood volume pulse.[1] These are also factors that are taken into account when evaluating the clinical benefits of specialised Medical Resonance Therapy Music. A follow up paper in the Journal of Nature Neuroscience further clarifies the areas of the brain that are affected. [2] 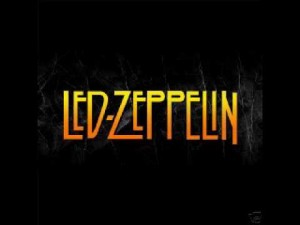 The researchers found that during peak emotional moments, when patients got the “chills,” dopamine was released in two areas of the brain: First, in the caudate, an important part of the brain’s learning and memory system, during anticipation of a musical peak, then during the peak experience, in the nucleus accumbens, a key site of reward and pleasure pathways.

The authors have kindly put up a web page that lists the best tracks and allows you to sample some of them, I was encouraged that in the mix of 17th century classics there lurked a 20th century monolith – Moby Dick by Led Zeppelin –

I am not sure that this paper will add much weight to the historical experience but it may make an interesting telephone call!