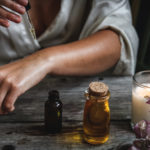 The Anti-Inflammatory Effects of Frankincense Explained 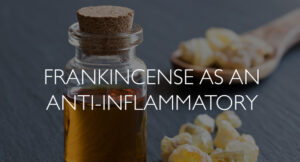 #Frankincense is a traditional medicine from the East believed to have many therapeutic properties, including creating an #anti-inflammatory effect. It is harvested from the resin of the #Boswellia tree and researchers believe that it can prevent the release of #leukotrienes, which are compounds that can cause #inflammation. One of its key, anti-inflammatory, substances is #boswellic acid, which makes it suitable for the treatment of diseases such as #asthma, #rheumatoid #arthritis and #neurodermatitis.  A study by Friedrich Schiller University of Jena (Germany) and Louisiana State University, has now been published –Nature Chemical Biology– uncovering the molecular mechanism behind its anti-inflammatory effects.

It has long been known that the enzyme #5-lipoxgenase (#5-LOX) plays a key role in inflammation by promoting the formation of leukotrienes, an important group of inflammatory mediators within the human body. The University led research team has now been able to image 5-LOX allowing detailed studies of the enzyme and its interaction with active substances, leading to the development of new anti-inflammatory drugs. The team combined the enzyme with several natural products, including #zileuton, a drug already used in the treatment of asthma, and found that they docked directly to the active site of the enzyme to inhibit its function. When combining with boswellic acid the results were more surprising. Boswellic acid bound to another site far from the active part of the enzyme which lead to structural changes in the active site, which again inhibited its function.