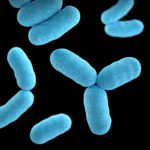 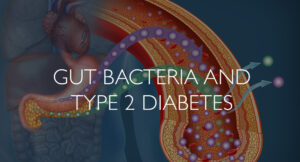 According to a study, published in Nature Metabolism in March 2020, #gut #bacteria can be linked to the development of type 2 #diabetes, with the authors finding that diabetics have a different bacterial signature in blood, liver and certain abdominal fat deposits to non-diabetics. The research group, based at Université Laval, Canada, examined tissue from 40 obese patients, half of whom had normal blood glucose levels, and half who had type 2 diabetes #T2D. T2D is highly prevalent worldwide and hugely compromises health and life span. With Diabetes UK, having found that one in ten people over the age of 40 in the UK are living with T2D, a figure set to rise over the coming years, this type of research is vital to a better understanding of the condition.

The biopsy samples were collected from severely #obese individuals during bariatric surgery and were then processed alongside a comprehensive set of negative controls and used for bacterial quantification. The results revealed that the bacterial signatures of diabetics were different to non-diabetics with the total number of bacteria varying from one tissue to another. The highest numbers of bacteria were found in the #liver and the greater #omentum, which is attached to the stomach and transverse #colon and protects other organs from inflamed or diseased organs. Both the liver and the greater omentum play a vital role in metabolic regulation. With the intestinal barrier more permeable in obese individuals the researchers state their,

“hypothesis is that living bacteria and bacterial fragments cross this barrier and set off an inflammatory process that ultimately prevents insulin from doing its job, which is to regulate blood glucose levels by acting on metabolic tissues.”

These findings add weight to the theory that the microbial load found in tissue samples is a result of bacterial translocation, with further investigation now warranted to identify physiological traits that predispose that translocation. The researchers then hope to be able to investigate the extent to which live bacteria or bacterial components promote or respond to T2D status.