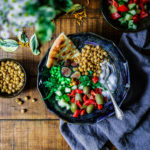 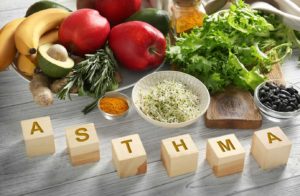 New research from the United States based Physicians committee for Responsible Medicine has shown that by eating a #plant-based diet we can help prevent #asthma as well as manage symptoms. Asthma is a common, chronic #respiratory condition that is characterised by the inflammation of the airways, causing #breathing difficulties. The evidence produced by the research found that whilst #fruits, #vegetables, #grains and other high #fibre foods can benefit asthma sufferers, #dairy products and other foods, high in saturated fats could be harmful.

Meta-analyses compared the risks of developing asthma in groups of adults and children in the highest intake for fruits and vegetables with participants in the lowest intake group. Those who consumed the higher amount of fruits and vegetables were found to have lower risks of developing asthma, with many of the reviewed studies showing an association between a consumption of just one portion a day  to a higher forced expiratory volume in one second, reducing odds of asthma and a reduction in incidences of #wheezing. Frequent consumption of fruit from ages 2-8 were found to be inversely associated with asthma symptoms and sensitisation to inhaled #allergens. Similar protective effects from fruit and vegetable intake were also found in teenagers and adults.  A reduction in #pro-inflammatory #cytokines and an increase in #anti-inflammatory markers associated with fruit and vegetable intake has been proven in several studies. Fruit and vegetable consumption has been inversely associated with #airway #neutrophils in asthmatic adults.

A 2015 case-controlled study of 678 Puerto Rican children found that children in the highest quartiles of dairy intake compared with children in the lowest quartiles showed a positive association between frequent dairy consumption and odds of developing asthma. Many further studies have been conducted again showing a link between asthma and dairy products, but the mechanisms by which dairy products may influence the development or course of asthma are not clear. It is thought it may include responses to milk #proteins or milk #lipids, with the 2015 study showing a positive association between consumption of dairy products and pro-inflammatory interleukin(IL)-17F concentrations (P < 0.05) which may play a role in the development of asthma.

Asthma prevalence has increased in conjunction with the westernisation of dietary patterns, which has emphasised the consumption of animal products at the expense of fruits, vegetables and grains. With evidence from many studies reviewed in this new piece we can see there is a need for further clinical trials to investigate the link. The authors conclude,

“Dietary components such as antioxidants, fibre, polyunsaturated fatty acids, total and saturated fat, and vitamin D consumption likely affect immune pathways involved in the pathophysiology of asthma.  However, intervention trials to assess the prevention and control of asthma by dietary means are necessary to confirm these associations”