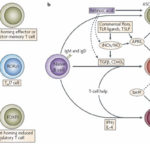 Vitamin A: Friend or Foe

It is well established that high retinoic acid (RA)  levels leads to teratogenic effects both in human and experimental models. Brain abnormalities such as microcephaly, impairment of hindbrain development, mandibular and midfacial underdevelopment, and cleft palate are all implicated.[1],[2]

Ingested vitamin A, a fat-soluble vitamin, is delivered to the blood via the lymph system in chylomicrons, and excess vitamin A is taken up by the liver as retinoic acid for catabolism by CYP enzymes.[3] Any remaining retinoic acid that is not catabolised is exported inside LDL particles, and it lingers much longer as retinyl esters in the vasculature in this form.[4] Excess retinoic acid is more readily stored in this way in LDL particles in the elderly. Vitamin A toxicity can lead to fatty liver and liver fibrosis[5] as well as hypertriglyceridemia.[6]

Concerns regarding potential toxicity from hypervitaminosis A have led to the recommendation that much, if not all, of the vitamin A requirement be met by consuming pro-vitamin A carotenoids, which have been thought to be readily converted to retinoic acid as needed.

Yet Dr. Georg Lietz of Newcastle University, the senior investigator in research published April 2009 in the FASEB Journal, reported that a high percentage of women in the UK are at risk of vitamin A deficiency. Two common genetic variants greatly lessen the body’s ability to convert beta-carotene into vitamin A.[7] He followed this up in 2012 with further clarification that a range of SNPs can influence the effectiveness of using plant-based provitamin A carotenoids to increase Vitamin A Status.[8]

Food Sources of Vitamin A

Good sources of provitamin A include carrots (24.6 µg RAE [retinal activity equivalent]/g), sweet potatoes (16.4µg RAE/g), spinach (8.2µg RAE/g), kale (7.4 µg RAE/g), and broccoli (1.4µg RAE/g). Cantaloupe (1.69µg/g), mangos (.38 μg/g), and many other dark green or orange-yellow colored fruits and vegetables are also good sources of provitamin A. In the case of mangoes, however, up to 64% of the total β-carotene is present as the cis-isomer, which is not taken up or transported as efficiently as the trans-isomer.[9]

Aging is characterised by a peculiar chronic inflammatory status for which researchers have recently coined the term, “inflammaging,” a key aspect of which is the age-dependent expansion of effector T cells with pro-inflammatory cytokine production potential. Particularly in light of vitamin A’s emergence as a pivotal inducer of oral and self-tolerant immune function, vitamin A sufficiency should be recognised as a key contributing factor to longevity.

Research into the impact of vitamin A on immunology really took off when it was found that retinoic acid, a product of vitamin A metabolism, regulates the migration and differentiation of T cells in the intestine. Dendritic cells, which activate T cells and determine their activation and migration patterns, were found[10] to express the enzyme retinaldehyde dehydrogenase, which converts retinol (the form of vitamin A required for vision) into retinoic acid. Binding of this metabolite to the retinoic-acid receptor (RAR), expressed by T cells, results in enhanced expression of surface molecules that induce the T cells to migrate to the intestinal lamina propria — a layer of the body’s mucosal linings. Retinoic acid also promotes the generation of regulatory T cells[11], which control inflammatory immune responses, and of pro-inflammatory T cells in a diseased intestinal environment.[12]

Large individual variations in the actual absorption of β-carotene from foods and its conversion to retinol demonstrate that reliance on current data on retinol equivalents for vitamin A sufficiency is highly misleading and that a significant percentage of the North European population may be vitamin A insufficient, despite the fact that foods containing pre-formed vitamin A and β-carotene are generally available. Given recent discoveries regarding the importance of vitamin in balancing the activities of vitamin D and its pivotal role in promoting oral and self- tolerance, thus counterbalancing the tendency to “inflammaging,” vitamin A sufficiency should be considered a key factor in healthy aging.