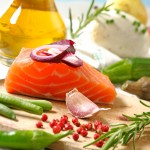 A Healthy Heart Diet – Confirmed and Its Delicious

It’s one of those great paradoxes, that trouble researcher’s, clinicians and their patients – why is there so much variable information about the role diet has in heart health and why can we not have a universally agreed approach to one of the world’s greatest killers. After all it is estimated by the Heart Foundation that by 2020, heart disease will be the leading cause of death throughout the world.

So when a heart controversy related to dietary choices reaches a position of virtual irrefutability we should all take a step back and look hard at what this evidence is and then we should feel a strong desire to implement the recommendations in our personal and clinical lives.

In Feb 2014 a paper published in the British Medical Journal[1] sleuthed its way to a resolution over the results a study conducted nearly half a century earlier. It appears that this Australian study when revisited had a hidden and vitally important nutritional message, and to add value to these important clarifications a landmark study published in the same month in The New England Journal of Medicine brought the concepts to a thrilling conclusion.[2]

Back in 1966 the Sydney Diet Heart Study, named after the city in which it originated, randomly assigned 448 middle-aged men with a prior heart attack to either eat as they chose, or to eat a diet low in trans fats and cholesterol but rich in omega-6 polyunsaturated fats (primarily safflower oil). For the next seven years the researchers tracked heart attacks and deaths in both groups. The results shocked everyone: despite a sharp drop in cholesterol some 6% more men died in the diet group, suggesting that 1 out of 18 died because of the diet.

The randomised controlled trial was conducted from 1966 to 1973, but the 1978 report offered no information about the causes of the deaths, and experts have often discounted the study as a potential fluke, arguing that men in the diet group may have died from unrelated, non-cardiac issues.[3]

Omega 6 fatty acids remain a somewhat controversial component of the human diet – the highly conservative American Heart Association (AHA) recommends increasing intake of omega-6 fatty acids, while some researchers have suggested that doing so may increase heart attacks.[4] Moreover, whilst it would be a bold man to suggest otherwise, the widely accepted science impugning trans (‘saturated’) fats, and supporting polyunsaturated fats, is still based in the main on observational studies in which researchers observe diet and other habits among large groups. These types of studies are well known for raising tantalising questions, but they can also result in dubious answers in which correlations may be apparent, but causation is a much harder component. One can never tell for example if such findings represent the chicken or the egg: Does eating more fish lead to heart health, or do heart healthy people eat more fish? This kind of confounding explains why study results about the dangers or benefits of certain foods come and go with the season and why there are so many books articles and web sites devoted to differing styles of heart health based eating.

Less noisily expounded upon are a smaller set of data extracted in a more reliable (but by no means irrefutable) from randomised trials of diet. The best known example of this is perhaps the Lyon Diet Heart Study which showed dramatic and positive effects of a Mediterranean diet.[5] The Mediterranean diet, studied in hundreds of heart patients over nearly a decade, emphasises fruits and vegetables, grains, white meat over red meat, and olive oil.

Compared to an AHA diet focused on lowering cholesterol, the Mediterranean diet prevented deaths for 1 in 30 heart patients, and heart attacks for 1 in 18.[6] That makes it three times more powerful than a statin drug for heart patients.[7] Moreover, the researchers from Spain in the New England Journal of Medicine showed that the same diet works equally well in men and women attempting to prevent a first heart attack or stroke.

Years-long, rigorous diet trials like the Lyon and Spain study are still rare. But the Sydney diet study is one such example.

Christopher Ramsden, a National Institutes of Health investigator and a researcher at the University of North Carolina, has been compiling data from diet trials for years. To determine once and for all the effect of omega-6 fatty acid diets Ramsden reached out to Boonseng Leelarthaepin, a young research assistant at the study’s inception and now the only surviving researcher from the Sidney group. Rather impressively, Leelarthaepin managed to locate the 9-track tapes containing the study data, and after converting the obsolete format into readable information, Ramsden’s group extracted the causes of death for each subject in the study.

The results are both remarkable and instructive: blood tests during the study showed that the cholesterol and triglyceride levels dropped substantially in the diet group, precisely the intended effect. But the final outcome was a worrying 6% increase in fatal heart problems—accounting completely for the difference in survival.[8] The conclusion was that the Sydney diet, using an exclusive increase in omega-6 fatty acids, increased coronary and cardiac deaths.

So what do the findings mean for a heart healthy diet? First, diets rich in both omega-3 and omega-6 fatty acids—together and not in isolation—have, paradoxically, reduced heart attacks in randomized trials, and the Mediterranean diet is the most powerful, dependable example.[9] With the study published recently we now have impressive proof that this works not just for those with heart problems but also for those at lowest risk, patients who have never had a heart attack or stroke – a considerable improvement on the proposed universal recommendations for statin ingestion.

The conflict for nutritional therapists is that the success of combining the two polyunsaturated fats, raises the question of whether omega-3 fatty acids may be the beneficial ingredient and omega-6 the dangerous one. Sadly, supplementing a diet with omega-3 fish oil pills in isolation has to date failed to provide beneficial effects on heart health in dozens of studies, (though the trials were short, averaging about two years).[10] Thus until larger, longer trials can separate out the critical effects of each element, it appears that polyunsaturated fats should in the main be taken in the form of food—not supplements—and consumed together, not alone. Most importantly, exclusively increasing omega-6 fatty acids while lowering fats and cholesterol, is likely to be dangerous.

Clearly there are aspects of supplementation where oral increases are going to be better delivered via supplements than diet, and whilst overall the Mediterranean diet should be considered as a very successful start point, nutrients other than just the EFAs also confer additional advantages in the reduction of cardiovascular risk.

It took nearly a half century to get them, but these are answers about eating for heart health that are likely to last even longer.