It seems that these two long-standing areas of oral intervention in nutritional therapy and related clinical management are experiencing an ongoing and much-welcomed update in terms of application and use.

Probiotics are steadily evolving their application into specific clinical needs with recognised genera and strains (such as Akkermansia muciniphila), as opposed to their more familiar, nonspecific ecologic application. Research papers continue to show a steady progression of positive use in pre and clinical study outcomes[1].

Determining which probiotic to use and when, for how long, and at what strength, remains a challenge. Whilst mouse models help to demonstrate mechanistic pathways, conversion to human health can be problematic, but patterns of application, dosing and timings are becoming better defined. Ultimately as these are not drugs, there will always be variations of action, but as less than 50% of licensed medicines work as intended, they do not have to be right first time, every time.

Researchers had another developmental paper out in  August 2022 in the journal ‘Cells’ demonstrating its ability to beneficially modulate a combination of cell-specific genes known to trigger inflammation in gastrointestinal tissues. The paper used a specialised mouse model as well as a proof-of-concept human model, with the authors concluding that in healthy human subjects the local administration of A. muciniphila is well tolerated and significantly changes the expression of genes involved in immune pathways.

In the UK just under 5 million people have diabetes. The cost of diabetes to the NHS is over £1.5m an hour or 10% of the NHS budget for England and Wales. This equates to over £25,000 being spent on diabetes every minute. In the USA over 37million have diabetes, and in both countries, 90% are type 2 and many remain undiagnosed, and even more are insulin resistant. Metabolic dysfunction is rife. A similar pattern exists in China where 100m have diabetes and it is estimated that 500m have insulin resistance – (pre-diabetes). In all 3 countries, the costs of treatment are becoming prohibitive, and the related loss of productivity problematic.

A strategic approach to reversing type 2 diabetes, or ideally preventing it is something that requires social  engagement, practical tools and clinical and political courage. The cost of current medicines is driving people, and ultimately nations, into financial difficulty.

For a preventative disease, there is a clear lack of government policy to encourage people to adopt a lifestyle where risks can be minimised. In addition to lifestyle changes, the role of the GI microbiome has become much clearer. In a paper out in BMC Microbiology Jan 2022 the role of Clostridium butyricum in the generation of positive cardio metabolic outcomes via the production of short-chain fatty acids (SCFAs) has been proposed.[2] SCFAs are proposed to beneficially modulate glucose homeostasis and insulin sensitivity via adipose tissue, skeletal muscle, and liver tissue functions.[3]

In addition, there were indications of increased bile acid production. Bile acids are critical to dietary absorption of lipids and fat-soluble vitamins and also regulate numerous host metabolic pathways. The bile acid receptors, farnesoid X receptor (FXR)] and a G-protein-coupled receptor (TGR5), have elicited considerable interest as targets in metabolic diseases.[4],[5],[6]and there is now extensive support for microbiota-dependent modulation of these receptors via modification of bile acids.[7] The authors cautiously suggest that the use of specific bacteria may become a practical addition to lifestyle changes and some medication, to reduce cost and improve outcomes.[8] 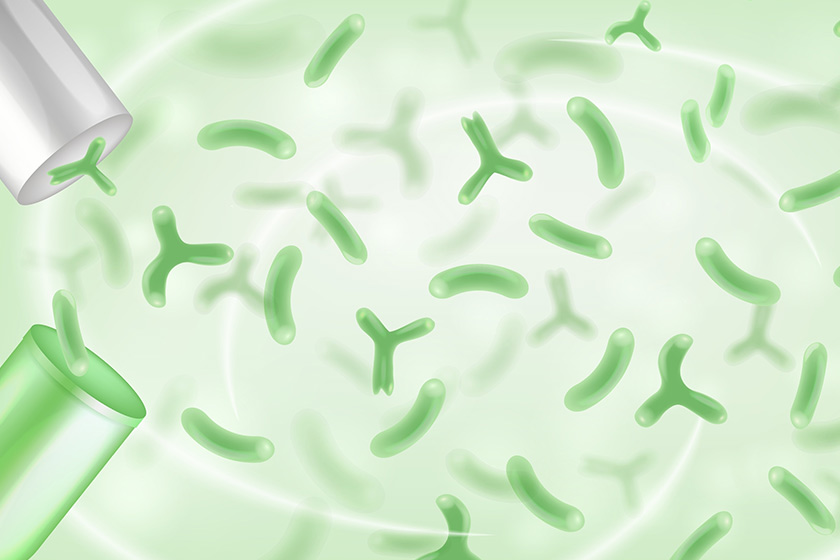 We recently witnessed the increased risk for poor outcomes in the population that had metabolic dysfunction and co-infection with SARs Cov 2. Multiple studies have shown that people with metabolic errors, including visceral adiposity, insulin resistance, glucose intolerance, endothelial dysfunction, hypertension, and dyslipidaemia have altered immunocompetence.[11] In part, this is likely to be due to altered utilisation of fat-soluble vitamins, where metabolic change can be combined with genetic sensitivity and result in significant suppression of core fat-soluble vitamin stores.

Fat-soluble vitamins are often less well understood than water-soluble ones, but a recent review (Sept 2022) paper in the journal BMC Nutrition and Metabolism, provides a clear understanding of their importance and risks throughout a lifespan, including their role as epigenetic modifiers.

This brings us to the UK’s lifestyle challenge. The country’s unequal healthcare coverage means that by the time people are pleading with doctors from their hospital beds, or struggling to manage their cornucopia of drug prescriptions, it is too late. The UK problem is as much about the absence of prevention as declining access to a treatment.

Britons and Americans take relatively little exercise, consume a world-beating volume of sugar and fat and feel unalarmed about it as they see so many others doing the same. In effect, behavioural change is very hard to implement when marketing, social interactions and availability of healthy foods are all structured to oppose positive lifestyle changes.[12]

Putting this into perspective

We love our beliefs and related behaviours, and naturally we are attached to them. Our lived experience is our reality, something referred to as an ‘experience bias’, in effect the belief that we see the world as it truly is, and that our subjective view of reality is actually objective. As a result, we tend to have strong reactions when people attempt to tell us that we’re wrong. In particular, when we are told our lifestyle and our beliefs are problematic!

This can lead to a position where individuals in need of change adopt entrenched denials and adoption of damaging beliefs and patterns of behaviour. In many cases this can also lead to some declaring absolute belief in disorganised lifestyles, conspiracy theories and false news reports.

But why is it that these views appeal to some people more than to others? Is it their political or religious perspective? Is it a lack of formal education? Or is it more about their age, gender or socio-economic background? What overlays their willingness to resist change? It’s important to understand that resistance to change is creating a process of metabolic collapse, understanding how to help people change is essential.

A 2022 published study suggests that more important than any of these established factors is another characteristic: the extent to which someone has — or does not have — intellectual humility.

Intellectual humility can be thought of as a willingness to recognise our own cognitive limitations and biases, to admit when we’re wrong, and to be more interested in understanding the substance and truth (outside of subjective bias) of an issue, than in being right. In summary being willing to change and reflect new understandings.

In another study that has sought to emphasise the patterns related to this published in July 2021, Meyer and Alfano found a strong correlation between “epistemic vice” (the lack of intellectual humility) and belief in false information about Covid-19, with a coefficient of 0.76. The next strongest link was with religiosity, with a moderate coefficient of 0.46. And while they found a weak correlation between intelligence, measured by exam results, education level, and performance on a cognitive reflection test, and belief in false information of all sorts, they say there is no link between intelligence and intellectual humility.

Instead it would seem that in order to facilitate change that enhances personal wellbeing, or indeed any positive change, fostering an environment in which uncertainty is rewarded and appreciating those that acknowledge their errors,  is vital.

Saying or internally recognising “I was wrong”, and explaining why, is often much more valuable than insisting “I was right”, regardless of the evidence before you.

How this impacts national and personal health

Recognising errors and changing failed social experiments is a core issue around government policy and personal application. The development of partisan positions, as seen in the US and the UK, undermines the public health policy plans that recognise the value in combining societal engagement with considered policy development.

As obesity continues to develop across many societies, it needs to be made clear to everyone that it comes at a cost, as people will not change their health behaviours unless they believe they are at risk, and they have the capacity to do so.

Public health policy by design, should reflect the mitigation of the greatest social risks and government policy should then build in barriers to prevent poor behaviour, including taxing of sugary and fatty foods, and other suggestions in the National Food Strategy.

The understanding of the importance of taking as much control over personal health as possible must be encouraged and supported, so that the risk of metabolic diseases and infectious diseases bringing global health systems to their knees is avoided.

Think at this point about your own approach to your health. Consider how things such as perceived susceptibility, perceived barriers, self-efficacy, belief systems and other elements influence your choices and viewpoints, then look for things that you can do to make healthier choices in your life.